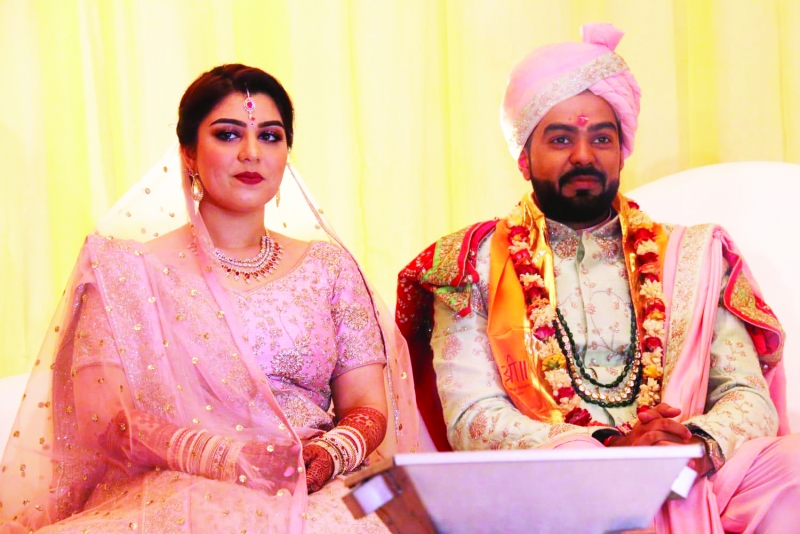 As part of the Bahrain Tourism and Exhibitions Authority’s (BTEA) efforts to promote the Kingdom as an ideal destination for hosting weddings and other happy occasions under the umbrella of “Bahrain Island Wedding”, which comes in line with the BTEA’s efforts to enhance Bahrain’s position in the region, the “Bahrain island wedding” team emerged as a key organisational entity to a major Indian wedding.

The wedding ceremony was held on the 21st and 22nd of April 2019 at the Art Rotana Hotel, Amwaj Islands. The event brought together more than 200 guests who arrived in the Kingdom. Commenting on this special event, Adviser at the BTEA, Dr Ali Hassan Follad, said, “BTEA has played a key role in the planning and organizing of such events and in ensuring all ceremonies run smoothly and seamlessly.

“The event was organized in cooperation with the Ministry of Interior, the Ministry of Information Affairs and other semi-official authorities including Bahrain Airport Company, the Airport Duty-Free market and Bahrain’s national carrier, Gulf Air. “All the parties involved worked together as a single team to effectively organize the event’s logistics and ensure the selection of appropriate locations. Further communications were also made with various suppliers and specialists, and it is worth mentioning that all the event’s decorations were designed and made in the Kingdom of Bahrain by a Bahraini specialized company in weddings and special occasions.”

Bangladeshi man gets five years for smuggling marijuana via post