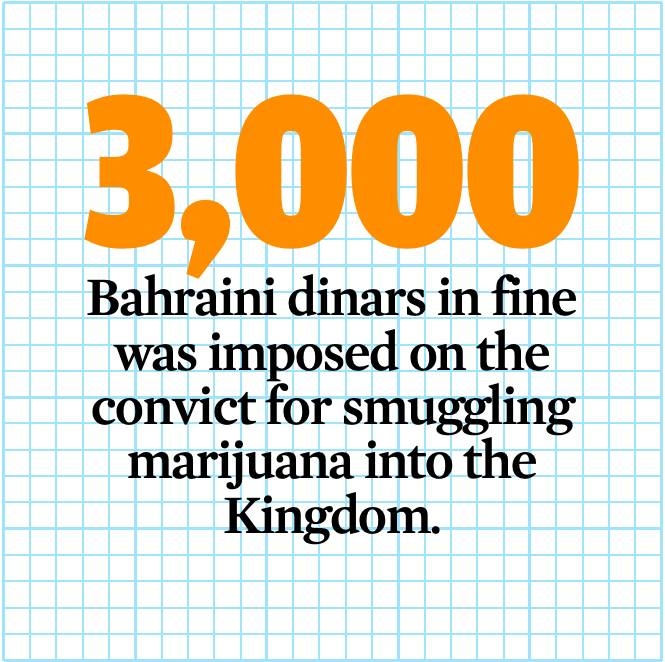 Bangladeshi man gets five years for smuggling marijuana via post

The First High Criminal Court has sentenced a Bangladeshi man convicted of attempting to smuggle marijuana into the Kingdom in a mail package, to five years in jail.

The 30-year-old was caught redhanded while receiving the package. He was additionally ordered to pay a fine of BD3,000 and will be deported once he completes the sentence. According to court files, the Anti-Narcotics Department within the Interior Ministry received a tip-off about a mail package containing marijuana to be delivered in the Kingdom from Bangladesh.

The department alerted the Customs, which detected the package once it arrived. After the package was inspected, quantities of marijuana were found.

In coordination with a private post company, a trap was set and the addressee was contacted. The accused agreed to receive the package near a car showroom in Hamala area in the Northern Governorate, according to prosecutors. An officer from the Anti-Narcotics Department disguised as an employee at the post company and handed a fake package to the suspect, who paid him an additional amount of money (BD17) in the tip.