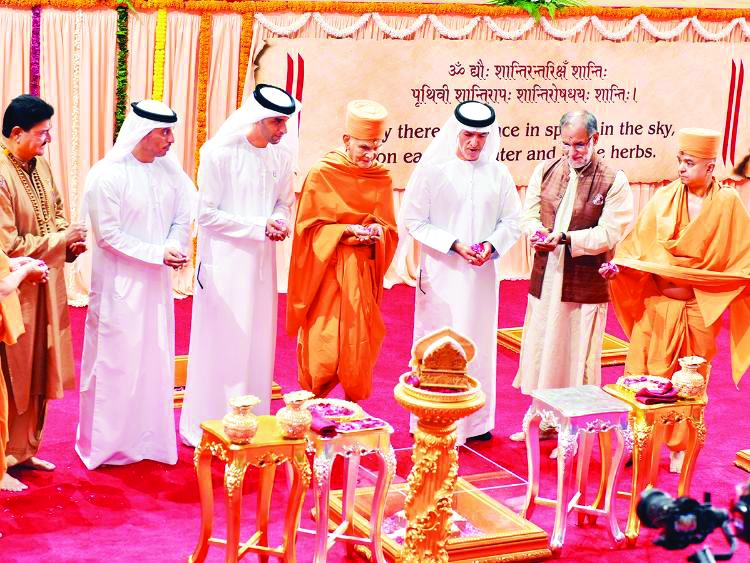 The foundation stone for the first traditional Hindu Temple was laid in Abu Dhabi yesterday. The ‘Shilanyas Vidhi’ ceremony was presided over by Mahant Swami Maharaj, the spiritual leader of BAPS Swaminarayan Sanstha - the religious and social organisation building the temple. The ceremony started with rituals led by Pujya Ishwarcharan Swami.

Sanskrit verses filled the air as priests described to devotees how each ritual had to be conducted. Community leaders and devotees followed the directions from their respective seated areas which had a tray placed in front of them containing a brick, rice, flowers, nuts, etc.

Once the ceremonies were completed, the foundation stone was laid by priests and BAPS Hindu Mandir committee head and community leader B R Shetty.