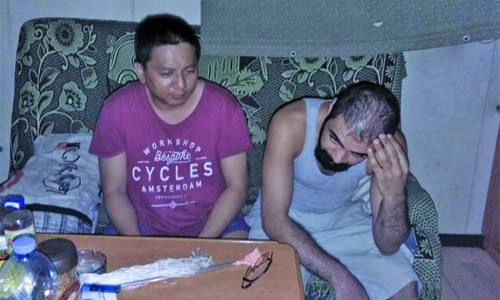 Sigh of relief for crew of Bahraini ship

Manama : Humanitarian aid has finally reached the crew of the Bahraini ship stranded in Omani waters.

Freshwater and fuel for the ship provided by the Omani authorities to the crew at the anchorage came as a huge relief as they have been living without electricity for the past six weeks. DT News staffer Mohammed Zafran reported on April 22 and May 4 the plight of the abandoned crew of the Bahraini cargo company.

“Today we received 5000 litres of diesel and fresh water,” one of the seafarers told DT News, adding that the crew hoped their misery will end and be able to go home soon. The crew as well as union leaders of International Transport Workers’ Federation and Bahrain International Seafarers Society had made several calls to the authorities in Oman and to the employer to help the stranded seafarers.

“This took us by surprise. Until yesterday night we had no idea that we would be receiving fuel and water. It was really hard to live without electricity. In recent weeks drinking water and food was in short supply but now we are confident that the Omani authorities will provide food aid as they have done in previous months,” he said.

“Our condition is still quite bad. It is not easy living in the sea isolated from the rest of the world especially when you are stranded. We are just stationed in the water.  Especially when we did not have electricity, it was terrible. Luckily we had spare batteries for our phones and portable phone chargers, which helped us to establish contact with the outside world. The aid came at a perfect time when all our batteries were getting drained. If the aid did not come, our phones would have died and we would have lost all contact with outside world,“ he said.

Mohammed Arrachedi, who is the International Transport Workers’ Federation’s (ITF) Arab World Network Coordinator, said that the employer of the crew had no role to play in delivering the aid. 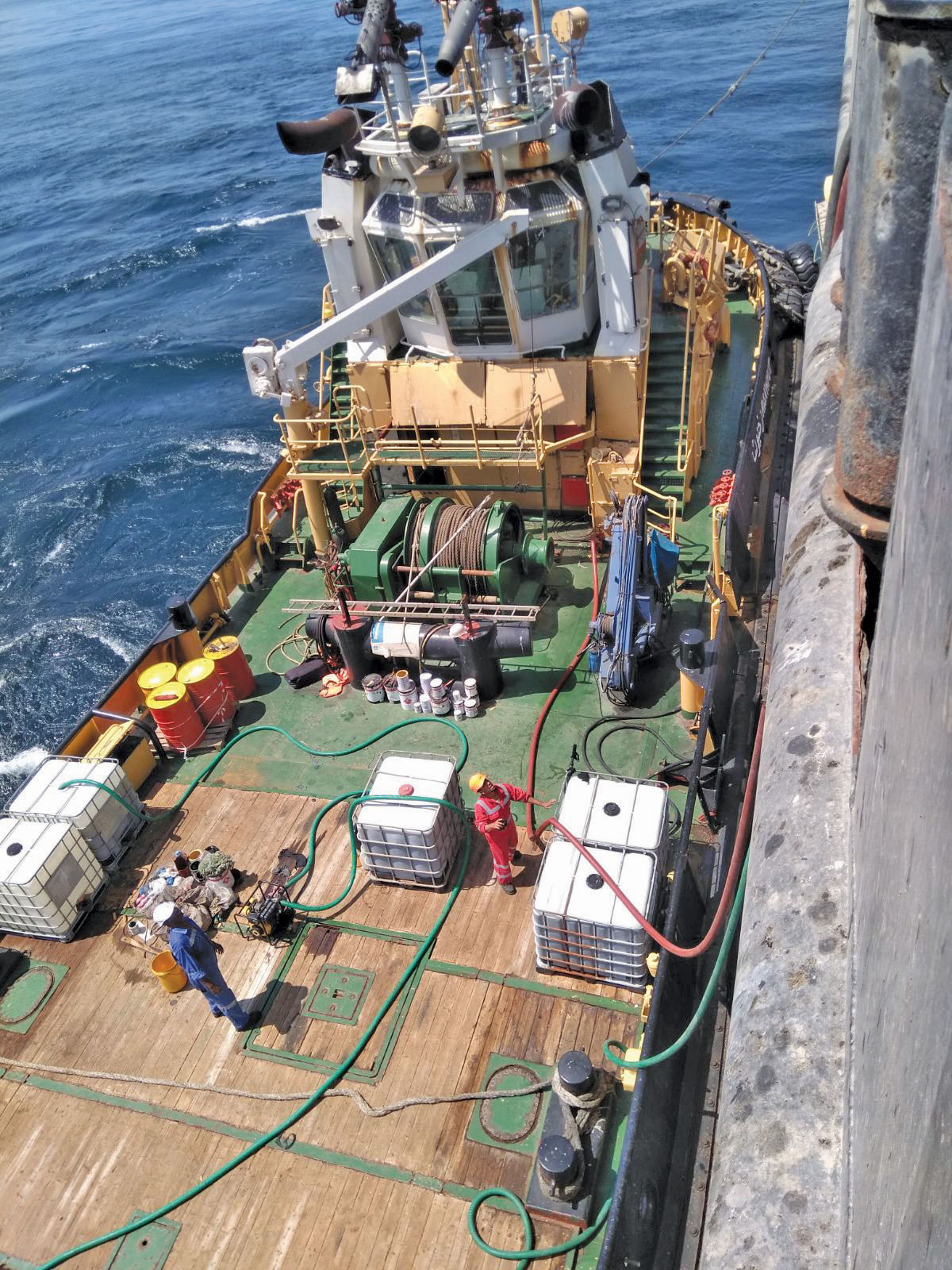 “After living nearly two months in dire conditions, the situation was grim. The Omani authorities recognized this and decided to help and we are so thankful to them. The Omani port and maritime authorities deserves credit for this decision,” Arrachedi said. He said the fiasco is far from over, “There has been no progress on payment of salaries. All crew are yet to be paid. There were 15 others who left, many of them got paid only half of their salaries some did not even get paid anything at all,” Arrachedi said.

“There is currently a case in court; we will have more clarity about as the case proceeds.”

The seafarers, originally a group of 18, were employed by a Bahraini shipping company for the past 18 months for shipping cargo in the Middle East region. 15 of the crew returned home after receiving part of their salary while 3 remained at the ship insisting on full payment of salaries. The crew members who remain in the ship include a Jordanian, Syrian and a Myanmar national. 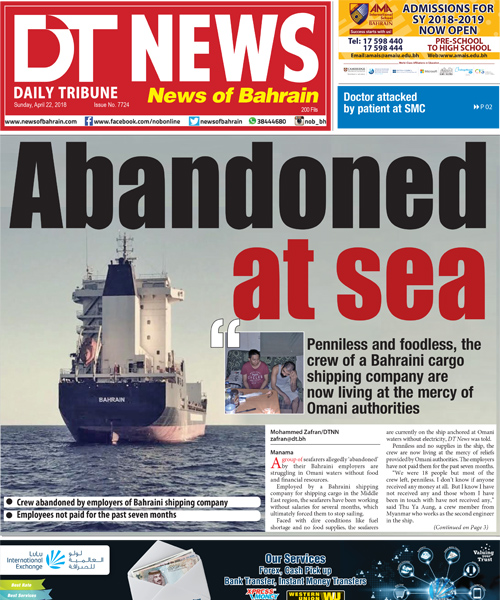 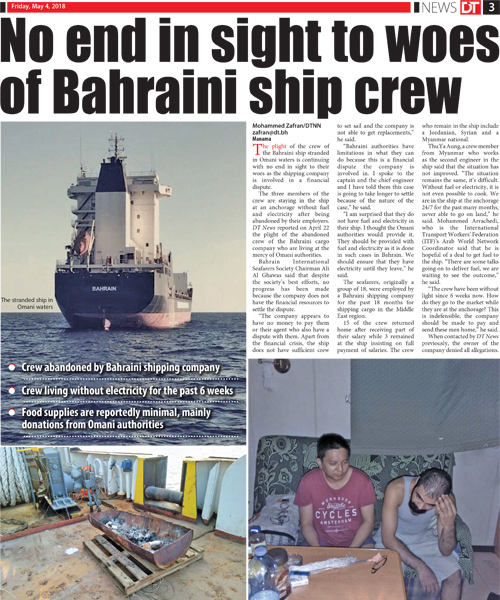