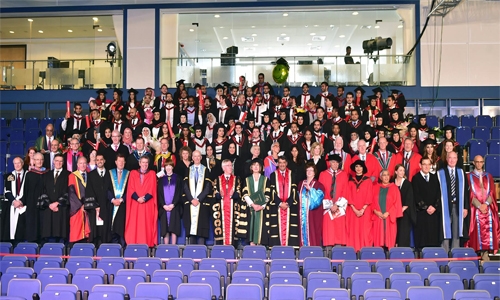 Over 80 graduate doctors were honoured during the ceremony, which was attended by ministers, senior state officials, the graduates’ families, RCSI representatives, as well as the teaching staff of the Medical University of Bahrain.

Shaikh Ali conveyed congratulations of the Prime Minister to the graduates and their families.

He asserted that the health and medical sector enjoys the great interest of the Kingdom, as reflected in the plans and programmes of the government.

“HRH Premier is always keen on supporting all efforts to develop the medical sector through an integrated vision based on increasing the number of health facilities, providing high-quality services and improving medical education”, he said.

The deputy premier affirmed that the Kingdom’s cooperation with RCSI has yielded fruitful results, citing the graduation of highly-qualified Bahraini medical personnel, which, has contributed to advancing health services and care in Bahrain.

Bahrain Medical College President Professor Sameer Otoom also congratulated the graduates for their success, and expressed gratitude to their families and friends for supporting them.

The graduates were then awarded.

It is worth noting that the first Bahrain Medical College graduation ceremony was held in 2010, and that the number of graduates has reached 1,100 to date. 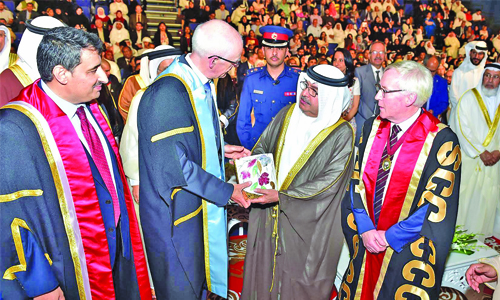