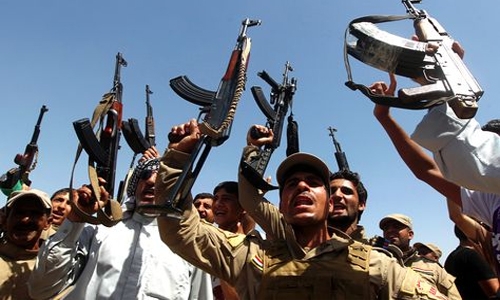 Manama : Eighteen men, aged between 28 and 59, have been sent for trial on charges of spying in favour of Iran and terrorist organisation Hezbollah.

The Bahrainis are said to have formed the “Al Basta” group, which has links with Al Wafa Al Islami Movement, which is also a terrorist organisation.

The 18 men are scheduled to appear before the High Criminal Court on June 28. They are all in police custody.

According to the court files, the Al Basta Group was formed by twin brothers, identified as Ali Ahmed Fakhrawi and Mohammed Ahmed Fakhrawi, both aged 33.

The group attracted other defendants, and was working on inciting the public against the government and spreading false statements as well as inflammatory promotions calling for the change of the regime, according to the court documents.

Prosecutors said the group members had met the leaders of Iranian Revolutionary Guard and Hezbollah, during which they received financial aid and technical support to carry out criminal activities across the Kingdom.

The group is also said to have provided Iranian Revolutionary Guard and Hezbollah with confidential reports on the political, economical and social situations of the Kingdom of Bahrain as well as their activities.

The defendants reportedly spent the funds they received on providing support to convicts and detainees in terror cases in order to encourage them to commit more terror acts.

According to court files, Ali Ahmed Fakhrawi travelled to Iran in 2011 to secure the morale, logistical and financial support to execute the group’s terrorist plans. He relied on terrorist members living in Iran and have close links with leaders of Iranian Revolutionary Guard.