Armenia’s hypocrisy against Azerbaijan | THE DAILY TRIBUNE | KINGDOM OF BAHRAIN 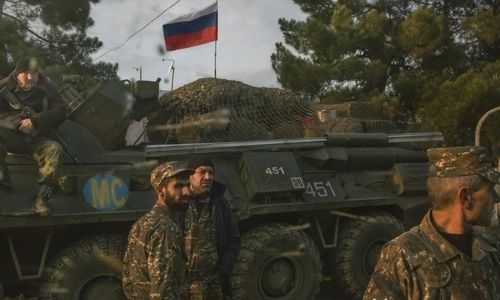 By Ambassador of Azerbaijan to Saudi Arabia Shahin Abdullayev

Over the past month, the provocations of the Armenian armed forces have exaggerated in Azerbaijan’s Dashkasan, Lachin and Kalbajar districts, near the state border. Azerbaijani Army’s positions in those districts have been fired from different types of weapons which are intensive, including mortars. The recent attacks clearly manifest Armenia’s hypocrisy and rivalry against Azerbaijan and the peace process. The most troubling reality is that the last meetings held in Brussels between President of Azerbaijan Ilham Aliyev, Armenia’s premier Nikol Pashinyan, and European Council President Charles Michel both states with the facilitation of the European Union were just a false front of cooperation from the Armenian side. The leadership of Yerevan was never true to the cause of peace and humanity. The hostile armed forces have been continuously escalating conflict and military interventions near Azerbaijan’s border areas along with the deployment of large-caliber weapons and heavy equipment which is a vivid example of Armenia’s vicious agenda to sabotage peace.

Official Yerevan’s action undermines the Brussels meeting after which Azerbaijan proposed to hold a meeting between the foreign ministers of two countries at the end of September, to launch negotiations on the normalization of relations between the two countries based on mutual recognition and respect for each other’s territorial integrity, sovereignty, and state borders but the peaceful proposal of Azerbaijan was left unanswered by Armenia.

The Azerbaijani government and Foreign investors has allocated state funds (3 billion) towards rebuilding territories liberated from Armenian occupation along with wide-range post-conflict reconstruction and rehabilitation works. Military clashes are an immediate danger to these projects because Azerbaijan is trying to take reciprocal measures to ensure the safety and security of the civilian workers involved in infrastructure activities in the Kalbajar and Lachin districts. However, ceasefire violation, provocation, ecological crimes, state-sponsored terrorism, and planting landmines have remained noticeable strategies of the Armenian offensive realist approach. Also just a few days ago, the Azerbaijani side demonstrated another good-will gesture and released five more citizens of Armenia detained in Azerbaijan.

This process took place directly between Azerbaijan and Armenia without mediation of any third party as an indicator of goodwill with a view to contributing to the peace process. The Republic of Azerbaijan, demonstrating its commitment to the international humanitarian law and the values of humanism, calls on Armenia to ceasefire and states that they are ready to hand over corpses of about 100 Armenian servicemen, who were killed while preventing provocation committed against the territorial integrity of Azerbaijan on September 12-13 of this year. The International Committee of the Red Cross was also informed of this issue. Armenia without any delay must come back to the table of peace talks. Peace agenda is extremely required for security, prosperity, and coexistence in our neighbourhood. As a result of Armenia’s thirty-year illegal occupation of Karabakh and Eastern Zangazur, large-scale and difficult humanitarian demining activities were carried out, but Armenia continues to plant mines in the territories of Azerbaijan deliberately.

Therefore, it is a high-time the international community must witness Armenian aggression toward Azerbaijan and stark violation of the fundamental norms and obligatory rules of the ceasefire agreement. The country must be held accountable for its provocative acts and violations. These recent military escalations, vandalism of resources, and blasts have sabotaged the trilateral truce protocol and regional stability due to the Armenian conventional nature of war.

The leadership has been yet again exposed due to its aggression and pessimistic strategic approach. Moreover, during the nearly 30-year illegal Armenian occupation of the Karabakh region, environmental crimes, including deforestation, illicit trafficking of natural resources, and contamination of water reserves, became common. It has also been confirmed that Armenians have been deliberately contaminating the rivers to disturb the environment, and agriculture and create humanitarian disasters in Azerbaijan. The Pashinyan administration has been fully trying to overturn the trilateral ceasefire agreement.

It wants to wage war to redraw the political map of the Caucasus region. War has always been pointless, yet Armenia, through its hostile moves continue to annihilate deaths, atrocities and jeopardize security via agreement violation. Despite the international interventions to establish peace, the ill-will of Yerevan is blunt to challenge the efforts. The war has been over, and the world has come to know the rightful claim of Azerbaijan as it liberated the regions.

However, Armenia has been still trying to light a fire beneath the ashes and igniting hostile sentiments through its violations, resulting in chaos and causalities. Yerevan leaders have a narcissist approach and are war-obsessed, aiming at creating instability in the region. Azerbaijan, on the other hand, has always remained true to the cause of peaceful co-existence and cooperation. The visionary leader, President Ilham Aliyev has showcased strategic discipline and followed all protocols for regional development and joint collaboration. 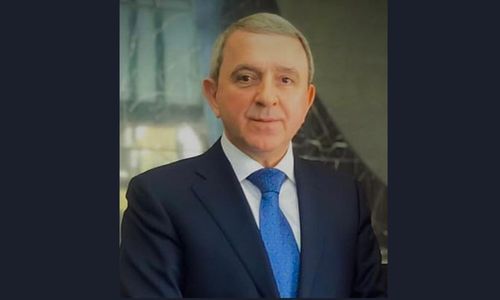