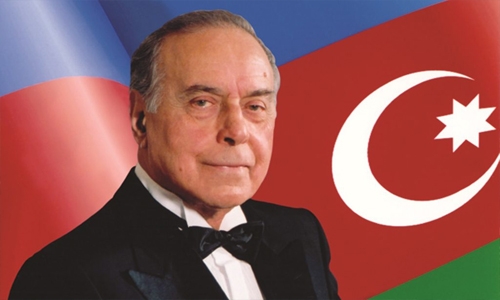 There are leaders who remain in history, but there are leaders who create history. Heydar Aliyev, as an architect of the modern history of Azerbaijan, became a true legend of his time. History remembers him as a unique leader, a powerful head of state, a selfless man, and a legendary figure able to take on his shoulders a difficult historical task of state-building.

Heydar Aliyev has done unparalleled works for his nation during his tenure as the First Deputy Chairman of the Cabinet of Ministers of the USSR. After the collapse of the USSR his invaluable achievements enabled the young state to stand on feet and to enter into the 21st century as an independent country. Despite the fact that Azerbaijan declared restoration of its independence in 1991, the political crisis, emergence of separatist tendencies in different regions, and severe socio-economic situation put the country face-to-face with a threat of civil war. The situation was further exacerbated by Armenia`s aggression and occupation of Azerbaijan`s lands. And in such a fateful moment, the Azerbaijani people trusted their future to outstanding statesman Heydar Aliyev. Thanks to his continued efforts, far-sighted and wise diplomacy to resolve the Nagorno-Karabakh conflict, the ceasefire agreement that signed in 1994 prevented the occupation of other territories and loss of the independence of Azerbaijan.

Since then the modern army building process that started under the leadership of Heydar Aliyev laid a solid foundation for the liberation of the Azerbaijani occupied territories. Restoration and richening of the statehood traditions of Azerbaijan in late XX century, strengthening of the independence of Azerbaijan and making it eternal and firm, assurance of the country’s dynamic economic development, the rapid growth of its international prestige was guaranteed thanks to the fruitful activity of Heydar Aliyev. In order to turn a young independent Azerbaijan into a modern, powerful state with sustainable economic development, national leader Heydar Aliyev determined the oil strategy, which would lie at the heart of fundamental transformation of the future political and economic reforms.

The new oil strategy ensured the involvement of foreign investors in the development of Azerbaijan’s oil fields, diversification of routes of transportation of crude oil, effective management of oil revenues and Azerbaijan`s entry into a new stage of development. Under the leadership of national leader Heydar Aliyev, one of the landmark agreements in Azerbaijan`s 20th-century history was signed. The Agreement on the Joint Development and Production Sharing for the Azeri and Chirag Fields and the Deep Water Portion of the Gunashli Field in the Azerbaijan Sector of the Caspian Sea was signed on September 20, 1994. Due to its political, economic and strategic importance, the agreement was dubbed “the Contract of the Century”.

The agreement provided a basis for Azerbaijan`s oil strategy, opened up new prospects for the country and transformed it into a major global energy supplier. Exploitation of the 1996 Baku-Novorossiysk and 1999 Baku-Supsa pipelines, the signing of the agreement on construction of the Baku-Tbilisi-Jeyhan main export oil pipeline and diversification of export routes were achieved to export Azerbaijani oil to the world market. The Baku-Tbilisi-Jeyhan main export oil pipeline is the greatest success of Aliyev’s oil strategy. To ensure the export of Azerbaijani gas to western markets, the construction of Baku-Tbilisi-Erzurum gas pipeline was constructed on the initiative of Aliyev. Development of infrastructure is one of the important directions of social-economic policy. Development of international and transit corridors and roads, inter-district, city and district road-transport infrastructure, as well as rapid integration of national transport systems to world communication was the focus of transport policy. The TRACECA, North-South and INOGEYT Program Projects were carried out to improve the international transport system. The International Conference on reconstruction of the “Great Silk Road” was organized successfully by the participation and support of some structures of the EU in Baku, in September 1998. The events covered the representatives of 32 countries.

The Main Many-sided Agreement on International Transport on development of TRASEKA, the Euro-Caucasus-Asia transit corridor, was signed by 12 countries of Europe and Asia on 8 September, 1998, and the volume of transit load passing through Azerbaijan increased rapidly. Projects initiated by Aliyev are now being implemented by President Ilham Aliyev. In 2018 TAP and the Trans Anatolian Pipeline (TANAP) successfully completed their connection with the final golden weld, which physically connected the two pipelines. TAP will transport natural gas from the giant Shah Deniz II field in Azerbaijan to Europe. The 878 km long pipeline will connect with the Trans Anatolian Pipeline (TANAP) at the Turkish-Greek border at Kipoi, across Greece and Albania and the Adriatic Sea, before coming ashore in Southern Italy. During his presidency, the nation’s foreign policy was rebuilt and transformed into a balanced policy. Bilateral relations between Azerbaijan and other countries, as well as cooperation with international organizations, particularly the Organization of Islamic Cooperation (OIC), and Arab World countries started to strengthen. His visit to Saudi Arabia in 1994 opened new opportunities for the development of bilateral relations and the two countries signed the first General Agreement on the economy, trade, investment, technology, culture, youth and sports.

Main ideal and political direction of the leadership philosophy of Heydar Aliyev was characterized with wide expansion of all forms and means of national self-expression of the people, consolidation of the national dignity and realization of rapid development strategy stimulating the elevation of national consciousness. Heydar Aliyev’s philosophy of Azerbaijanism, which was created at the time, determined the place of Azerbaijan in the modern world, provided a strong basis for the solidarity of the world Azerbaijanis as an ideological ground to the national statehood. His ideas and wise policies were successfully continued by President Ilham Aliyev. Under this far-sighted policy, Azerbaijan is rapidly developing and building its reputation.

The process of negotiations initiated by Aliyev on the Nagorno-Karabakh conflict completed as a result of Ilham Aliyev’s prudent policy and Azerbaijan has restored its territorial integrity. As a sign of express their respect and reverence for the blessed memory of the Heydar Aliyev the Azerbaijani people every year celebrates their great leader birth anniversary on the 10th of May 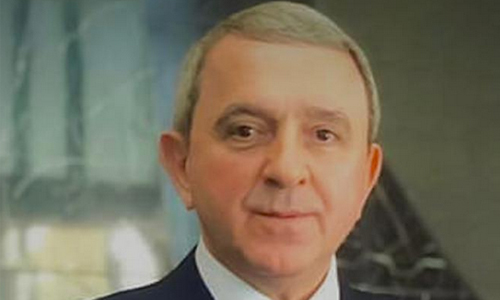 The author is Shahin Abdullayev Azerbaijan’s ambassador to Saudi Arabia