Teach a nation to fish.. | THE DAILY TRIBUNE | KINGDOM OF BAHRAIN 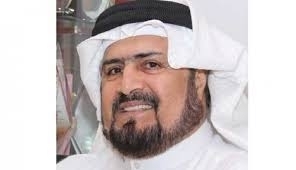 The pandemic has thrown light on the chinks in our armour when it comes to many things – and foremost is food security. Bahrain is lucky that the government has been monitoring the food stocks closely and also ensuring that there is no hoarding or price increase because of the unusual times that we are going through.

The Gulf region has always been dependent on global food trade to underpin its food security, given that we live in an arid zone where desertification has yielded petroleum but not food crops. We have a strong tradition of seafood, given that we are surrounded by the sea and Bahrain, as an archipelago of islands, is particularly well placed to share a rich heritage of seafood-based cuisine.

Yet, when we speak of food security, the talk often is limited to what we can grow on land and rarely do we speak of the marine wealth of the sea. As a person who has close connections with the sea in my career as a certified marine captain and one who has made several journeys across the seas, I feel that we are ignoring the rich possibilities of how the sea can serve the food chain and help us to gain self-sufficiency in food security.

Amidst all the talk on how Bahraini farmers are being supported to try permaculture and aquaponics to boost farm yield of fruits and vegetables, it is heartening that plans have been announced to establish a new aquaculture venture in Bahrain that will produce species including the popular rabbitfish or Safi.

The government will allocate land near the National Aquaculture Centre in Ras Hayyan, in the country’s Southern Governate and private fish farmers will be provided with fish fingerlings to breed and grow. It is expected that the project will make Bahrain at least 60% self-sufficient in fish as part of the food security chain.

Given that fish plays a huge role in the national diet, this is important. It is also a wake-up call to us all to treat our seas with respect – tone down the land reclamation, the sand mining and the coral reef blasting and ensure that pollution is checked. In the long run, it is these steps that will help the most