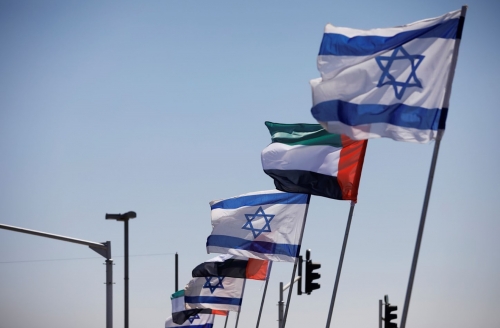 The United Arab Emirates yesterday cleared the way for bilateral trade and commerce with Israel by formally ending the country’s boycott of the Jewish state. The announcement now allows UAE to “enter, exchange or possess Israeli goods and products of all kinds in the kingdom and trade in them,” the UAE’s state-run WAM news agency said.

Companies and individuals in the UAE may now enter into agreements with firms or individuals residing in Israel, WAM added. Already, some Israeli firms had signed deals with Emirati counterparts. But the repeal of the law widens the likelihood of other joint ventures, such as in aviation or banking and finance.

Officials from the two countries recently said they were looking at cooperation in defence, medicine, tourism and technology. The announcement further cements the Aug 13 deal brokered by the US President Donald Trump to normalise relations between the two countries.

WAM said the decree formally ending the boycott was issued by Sheikh Khalifa bin Zayed Al Nahyan, the ruler of Abu Dhabi and the Emirates’ leader. “The decree of the new law comes within the UAE’s efforts to expand diplomatic and commercial cooperation with Israel,” WAM said.

Trump’s senior adviser Jared Kushner will be among the US officials on the El Al flight departing on 31 August at 10 am (0700 GMT), a US official said. The UAE is becoming the third Arab nation after Egypt and Jordan to currently have diplomatic relations with Israel. The decree also follows a trip through the Mideast in recent days by US Secretary of State Mike Pompeo.