Cover gunmen, but don’t turn them into celebrity role models | THE DAILY TRIBUNE | KINGDOM OF BAHRAIN 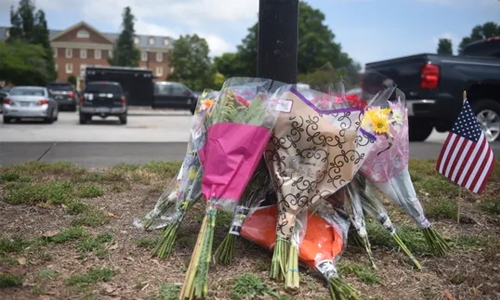 Cover gunmen, but don’t turn them into celebrity role models

Hours after Friday’s Virginia Beach rampage had ended, a swarm of reporters pressed police Chief James Cervera for details about the crime and the criminal. Cervera was prepared to shed light on the shooting but not shine a spotlight on the shooter. Before revealing the gunman’s identify, Cervera indicated that this would be the only time he would utter the name. Going forward, DeWayne Craddock, 40, would instead be known as the suspect.

A near gag on a mass shooter’s identity has become in vogue as of late. Following the recent massacre at two New Zealand mosques, for example, Prime Minister Jacinda Ardern was praised for her firm decision not to speak the name of the person responsible for the unspeakable atrocity. But should the news media follow the lead of public officials here and abroad? Should journalists take the “No Notoriety” pledge as famously urged by CNN’s Anderson Cooper and supported by over 140 criminologists who signed an open letter to the media seeking a news blackout on the names and images of mass shooters?

Carnage is what prompts copycat shooters Although I appreciate the stated desire not to inspire copycats, I disagree with the strategy. That slope could hardly be any slippier. Are we not to repeat the names of other murderers, like James “Whitey” Bulger, Dzhokhar Tsarnaev or Charles Manson? What about sex offenders whose names and faces appear on state-sponsored registries? If celebrating murderers is the concern, then perhaps the criticism should be directed more at criminal biopics with Hollywood stars like Zac Efron and Charlize Theronhumanizing serial killers Ted Bundy and Aileen Wuornos on the screen.

When it comes to mass shootings, it is the act, not the actor, that like-minded individuals applaud. For example, the 1999 Columbine massacre encouraged a number of copycats, but it was the carnage — not the assailants’ names and faces — that was so attractive and compelling to followers. Basic information about an assailant — name, image as well as such details as age and occupation — is news and should be reported. However, sharing superfluous material about the gunman’s life, interests and personal biography can cross the line from news reporting to celebrity watch.

Only then does an undeserving individual become a powerful role model. Some suggest that even basic information about a mass killer demonstrates the opportunity for some insignificant nobody to have a taste of fame. However, the cost of such a plan is unquestionably great. There are other ways to attract attention without risking life incarceration or death. The problem starts when potential copycats learn all about the killer’s personal misfortunes and disappointments in life. They can empathize with their hero’s situation and admire the subsequent act to get even with an employer, a particular racial or religious group, or society in general.

It is not just the details about an assailant that can motivate others to commit similar crimes. The more we tell stories of suffering and bloodshed, the more we play into the minds and sentiments of the few misfits and malcontents who would see these tragedies as a positive — as a victory for the little guy. They watch the nonstop coverage of the horror while imagining what it would be like to be there, but of course from a position at the back end of the gun. The more we speak of record-breaking body counts, the more we incite others to become record-setters. Public fear about mass shootings is an epidemic The Virginia Beach authorities have appropriately tried to focus more on the victims than their assailant.

Indeed, too much attention to the killer adds insult to injury — quite literally — in regard to the victims. City officials have shared photographs and biographical sketches on all 12 who were killed during the rampage. Likewise, the news media, especially television, should focus less on painful stories and images of chaos, and more on resilience. The message should be that the little guy did not win.

In a broader sense, we should avoid the notion that America is awash with mass shootings. The epidemic is in terms of the fear, not the frequency. By promoting the idea that the country is besieged by mass shootings and that the public is vulnerable and scared, we embolden those who would seek to hurt society and inadvertently fuel the contagion.

More than 22,000 meals provided to the needy this Ramadan