Abraham Accords: ‘Not a substitute for quest for Israeli-Palestinian peace’ | THE DAILY TRIBUNE | KINGDOM OF BAHRAIN 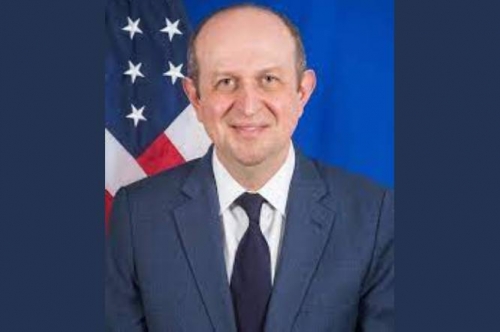 Even though Abraham Accords has developed an environment in which more Arab governments are engaging with the Israeli government, it is not intended to be a substitute for the crucial work that must be done to improve the lives of Palestinians, the US Special Representative for Palestinian Affairs stated at an online special briefing on Wednesday.

Essentially, whilst Abraham Accords has developed stronger relationships between Arab governments and has allowed Arab governments to engage more efficiently with each other, it is not the only answer, and more work must be done, Mr. Hady Amr observed.

The new US Special Representative for Palestinian Affairs said it was an honour to serve in his new role and identifies his new role to evaluate the Palestinian issues, as well as discuss their engagement on it.

“Off the top, I want to recognise that it’s a real honour to serve as the US government’s first representative to the Palestinian people and leadership,” he said.   Mr. Hady Amr discussed the statements made by the Biden administration in Jerusalem stating that they are fully committed to a two-state solution, re-stating the consensus that the administration supports both states.

“I’d like to emphasise here that President Biden remains fully committed to a two-state solution, which he made clear in Jerusalem in May, and he stated then, the administration supports two states along the 1967 lines where mutually agreed swaps remain the best way to achieve equal measures of security, prosperity, freedom, democracy, and justice for Palestinians as well as Israelis,” said Mr Hady.

“The US is committed to reopening their consulate general in Jerusalem and believes that for the US to be in the best position possible to engage with and provide support to the Palestinian people, reopening the consulate would be the best way forward.

The US is the world’s largest donor to the United Nations Relief and Works Agency, and over the last 18 months, have given $680 million to their agency, whilst continuing their commitment and support to the Palestinians in need.

“We’ve given about $680 million to UNRWA over the last 18 months and we are going to stay committed to supporting that organization and their support to the neediest Palestinians,” said Mr. Hady. Mr. Hady Amr was previously Deputy Assistant Secretary for Israeli and Palestinian affairs within the US Department of State.