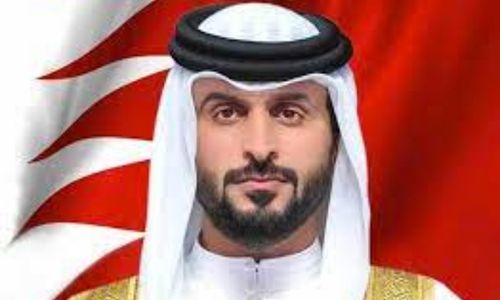 Representative of His Majesty the King for Humanitarian and Youth Affairs His Highness Shaikh Nasser bin Hamad Al Khalifa affirmed that investing in youth is a necessity to achieve the sustainable development goals set by the United Nations, which are in line with the directives of His Majesty King Hamad bin Isa Al Khalifa.

HH Shaikh Nasser pointed out to the great attention of His Majesty to young people as they are a main pillar of the nation, noting that those directives were supported by His Royal Highness Prince Salman bin Hamad Al Khalifa, Crown Prince and Prime Minister.

This came in a statement made on the occasion of International Youth Day, which is being held this year under the slogan (intergenerational solidarity).

His Highness said that empowering Bahraini youth through developing their creative skills enhances their abilities to help achieve sustainable development goals, and there is no better investment than investing in developing youth capabilities, which is the approach adopted by Bahrain through its steps towards empowering youth and giving them a high priority in moving forward.

Shaikh Nasser bin Hamad affirmed that the Kingdom has based its youth policy on belief of their capabilities to build the future by giving them confidence in their abilities.