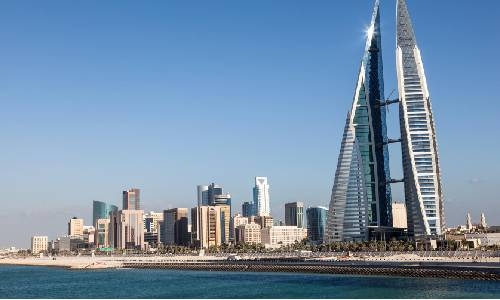 Manama ranks third in the ‘Best Weather Report’ for leading relocation destinations across the world.

The report was published by money.co.uk after analysing average temperatures and precipitation rates for each city to give a normalised score out of 10.

Dubai secured first place in the report with a score of 10 followed by Abu Dhabi (9.9) and Manama (9.9). The average annual temperature for Manama stood at 27.9 degree-Celsius while the annual average precipitation was 85 millimetres.

“Dubai is the best relocation destination if you are looking for sunnier climes, as it scored a perfect 10. The average temperature in Dubai is 28.2 degree-Celsius, and there is only 68mm of rainfall a year,” the report said.

“The capital of the UAE scores slightly lower than its neighbour with Abu Dhabi achieving 9.9/10. Temperatures are slightly lower at 27.9 degrees, but there is less rain on average with only 42mm falling.

“The third best city in terms of weather is another Middle Eastern capital. The Bahraini city of Manama has the same average temperature as Abu Dhabi, but sees a much higher rainfall at 85mm,” it added.

Basel, Switzerland is the most expensive city  to relocate to as the annual cost of living is $72,146, according to the report. The most affordable relocation destination is Istanbul where average annual living costs are only $17,336.

The best city in the world to relocate to overall is Austin. Austin has the third-best internet speed of any city in the rankings, at 87.5 Mbps. Additionally, the city scores highly in terms of average temperature (20.4°C), and high average monthly salaries at $5,348.

According to the World Bank, climate change is already affecting the Arab nations including Bahrain in dire ways. “It will cause extreme heat to spread across more of the land for longer periods of time, making some regions unlivable and reducing growing areas for agriculture.

“Cities will feel an increasing heat island effect and most capital cities in the Middle East could face four months of exceedingly hot days every year. Rising temperatures will put intense pressure on crops and already scarce water resources, potentially increasing migration and the risk of conflict.”