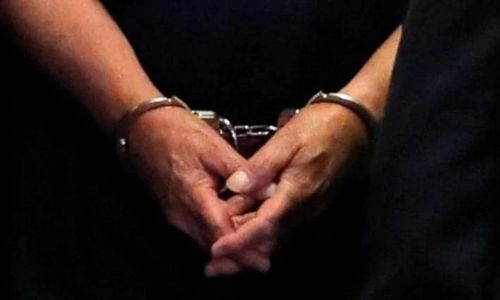 India's Central Bureau of Investigation (CBI) on Wednesday booked an Indian national accused of killing his employer and his wife in Kuwait for allegedly withholding his passport and making him undergo circumcision surgery against his religious belief.

It was alleged that the victims were withholding the accused's passport to prevent him from leaving them and forced him to undergo circumcision against his religious beliefs.

According to an FIR, in the year 2012, the wanted person Santosh Kumar Rama allegedly murdered Kuwait Nationals Fahad Bin Nasser Ibrahim and his wife Salama Faraj Salem, for whom he worked as a servant.

As per the allegation, the victims were holding the accused person's passport to prevent him from leaving them and also forced him to undergo circumcision surgery against his religious belief.

After the murder, he allegedly retrieved his passport by intentionally destroying the safe owned by the victims, read the FIR.The case was registered on a reference from the Ministry of External Affairs in December 2016, following a request from the authorities in Kuwait to extradite the accused, Santosh Kumar Rana.

The Ministry of External Affairs has received a request from the Kuwaiti authorities through their embassy in Delhi for the extradition of Santosh Kumar Rama for the alleged offence of murder for which he has been sentenced to death(execution) by the State of Kuwait Court of First Instance Felonies in a judgment given in absentia on February 29, 2012.