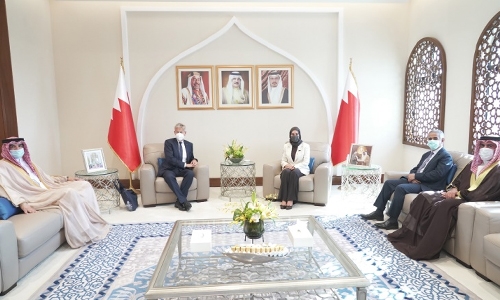 Bahrain, under the leadership of His Majesty King Hamad bin Isa Al Khalifa, places combating terrorism among its top priorities and always calls for international cooperation to enhance security and stability across the region and the world.

The meeting discussed cooperation and the exchange of expertise in the field of combating terrorism and extremism.

Speaker Zainal stressed the parliament’s keenness to enhance security and stability in cooperation with IPU and its readiness to host the tenth meeting of the High-level Advisory Group on Combating Terrorism and Violent Extremism next year.

She referred to the continuous efforts of the government headed by His Royal Highness Prince Salman bin Hamad Al Khalifa, the Crown Prince and Prime Minister, that enabled Bahrain to have a high-ranking legislative system and civilised laws