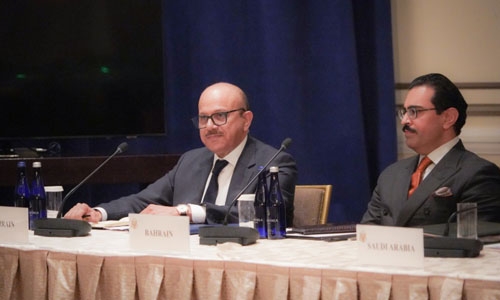 A joint ministerial meeting between the Gulf Cooperation Council foreign minister and the US secretary of State Antony Blinken stressed the importance of GCC-US cooperation for ensuring the peace, security and stability of the Gulf region and the Middle East.

The meeting viewed that regional stability is of utmost importance, not just for the US but for the entire world, considering its strategic and economic importance. The joint meeting also reviewed the developments in Afghanistan, the regional challenges posed by Iran, the situation in Iraq, Yemen and other places in the region.

Bahrain Minister of Foreign Affairs and Chairman of the session of the GCC Ministerial Council, Dr Abdullatif bin Rashid Al Zayani, headed the GCC delegation to the joint ministerial meeting at Palace Hotel in New York City. The GCC side, Dr Abdullatif bin Rashid Al Zayani said, stressed the importance of redoubling efforts to reach a just, comprehensive and lasting solution to the Palestinian-Israeli conflict that would contribute to regional peace and prosperity.

The meeting was on the sidelines of the 76th session of the United Nations General Assembly (UNGA 76).