India’s Ambassador to Bahrain Piyush Srivastava has applauded the Kingdom for its success in achieving the green alert level following the decline in cases.

The diplomat also thanked Bahrain for taking India off the red list countries in view of significantly improved COVID situation in India.

Indian nationals having valid visas are now able to travel to Bahrain, the ambassador said as he interacted virtually and for two hours with the Indian community in the Kingdom to address urgent consular and labour issues.

The ambassador told the open house that the visit by Minister of State (MoS) for External Affairs Shri V Muraleedharan to Bahrain on August 30 - September 1 was highly successful and provided momentum to various aspects of bilateral co-operation. 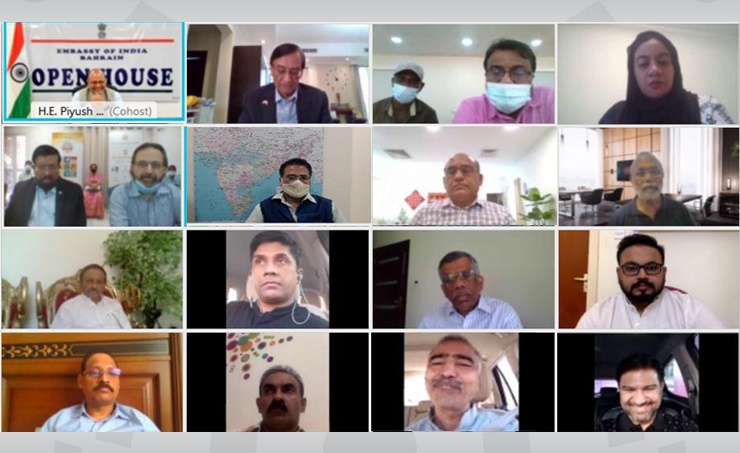 The ambassador briefed the community members on his visit to two accommodation camps where he interacted with Indian workers and briefed them on issues related to overseas employment, labour laws, and welfare and protection measures taken by both the governments. He urged the community members to regularly visit the embassy’s website and social media accounts for the latest information.