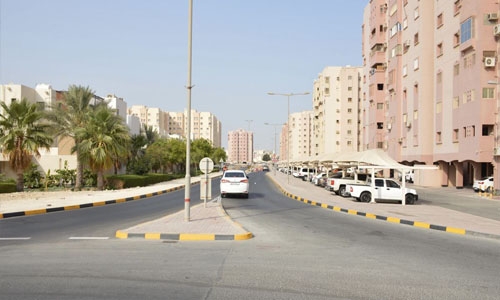 The completion rate of the road construction project leading to Al Lawzi housing project in Hamad City has reached 87 per cent. Meanwhile, the construction of concrete barriers separating the two directions of traffic is 90 per cent complete.

This was confirmed by the Assistant Undersecretary for Roads at the Ministry of Works, Municipalities Affairs and Urban Planning, Eng. Huda Abdullah Fakhro. 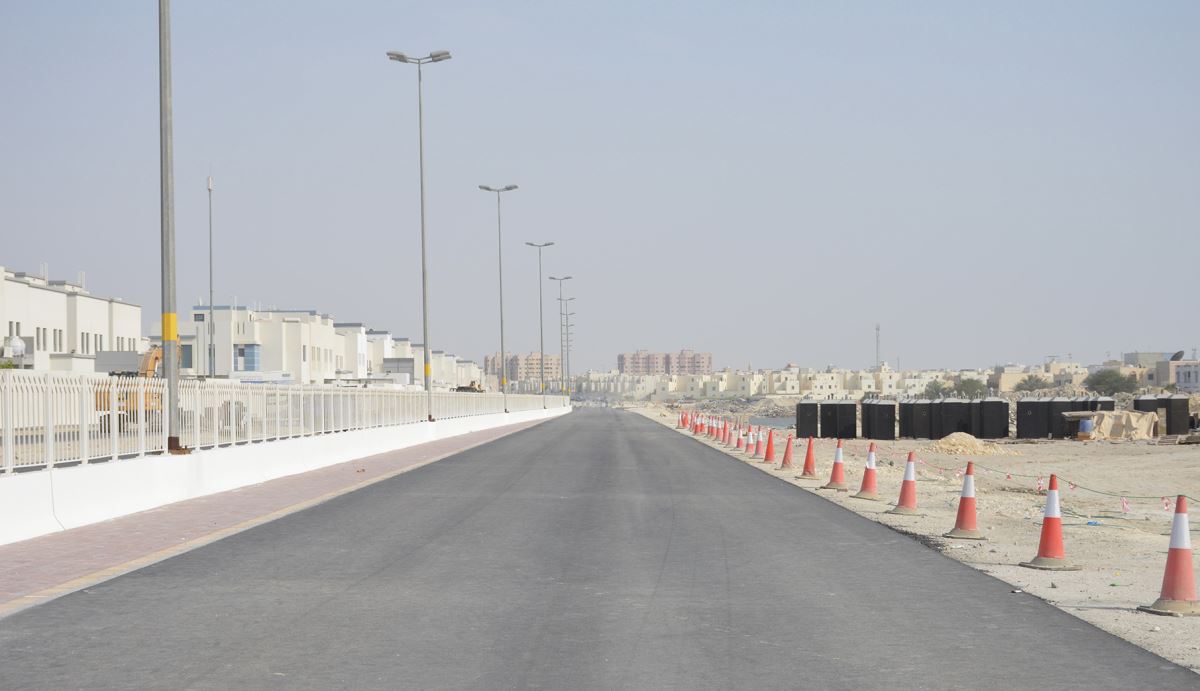 The project, which is located in the southeast of Zaid Bin Omaira Expressway and west of Lake Al Lawzi and extends south to the intersection of Road 26, will serve the residents and visitors of Al Lawzi area, Damistan, Karzakan, Hamad Town and Al Malikiyah, as well as from Roundabout 18 until the beginning of the project on its intersection with Street 26 near Roundabout 7. Eng. Fakhro said that the current works include linking the rainwater drainage network of Al Lawzi housing project with the new network that is being built on the street within the current project.

It will solve the problem of rainwater collection in Al Lawzi housing project, and ground channels are being established for other services with the required protection.

Works also include laying layers of burial and installing bricks at intersections, paving several layers of asphalt on the main street, installing sidewalks and lighting poles, extending the treatment water line, and electrical and waterworks. Eng. Fakhro added that the project includes the construction of a 4.8-km long road, with two lanes in each direction from Zaid Bin Omairah Street to Street 3, and the construction of three lanes in each direction from Street 3 to Street 26, with the development of all intersections and the creation of four traffic lights to raise the efficiency of intersections and regulate and achieve traffic safety. 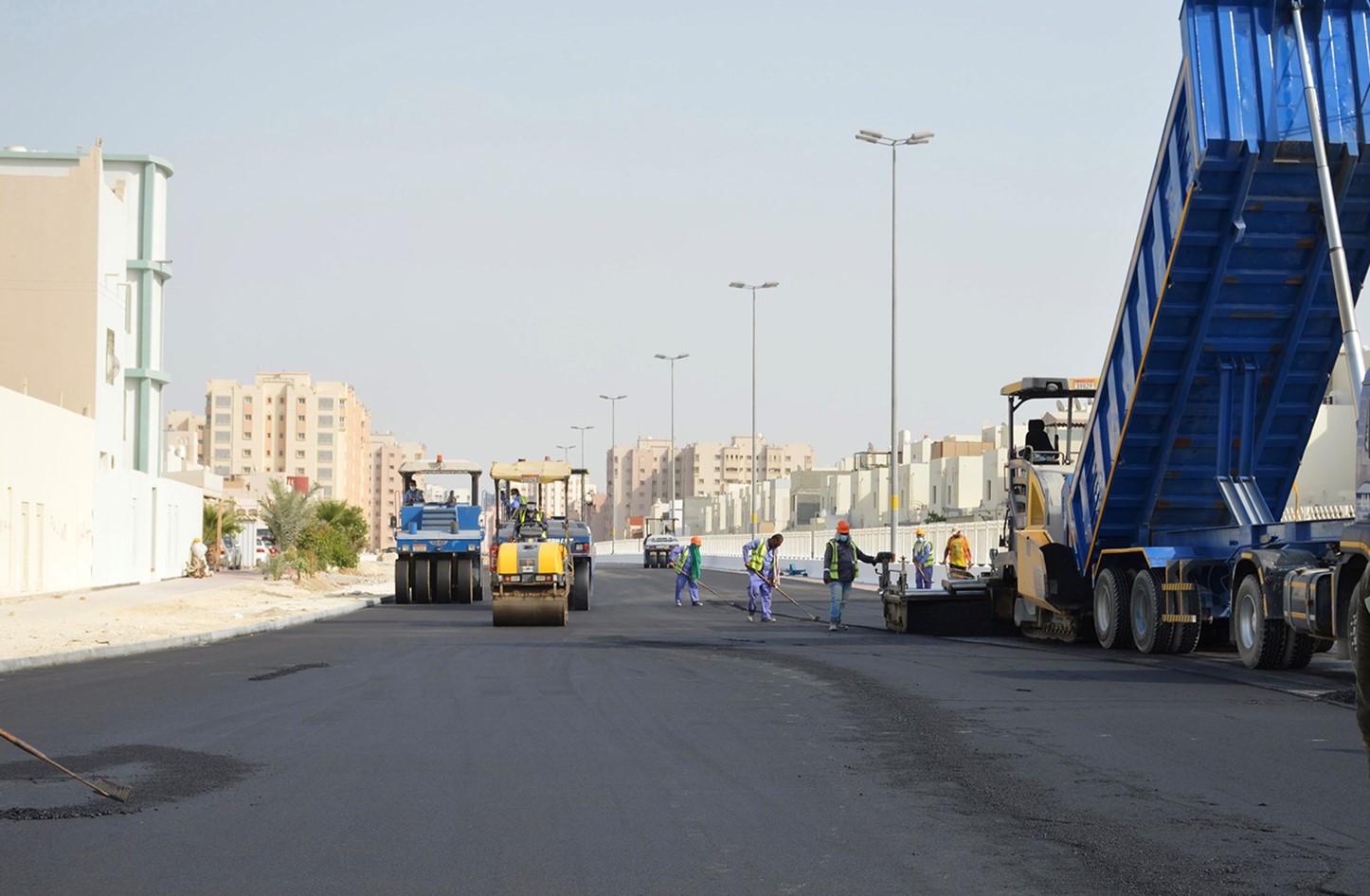 It also includes the establishment of public transport stations, in coordination with the Ministry of Transport and Communications, the setting up of regulatory and warning traffic signs necessary to achieve the required safety on the street, and the laying of ground channels for future use by technical services to avoid cuts of asphalt.

The project was awarded to the consortium of Amira Contracting Company and Eastern Company for Asphalt and Concrete Production by the Tender and Auction Board at a total cost of BD5,196,582 with funding from the Saudi Fund for Development. 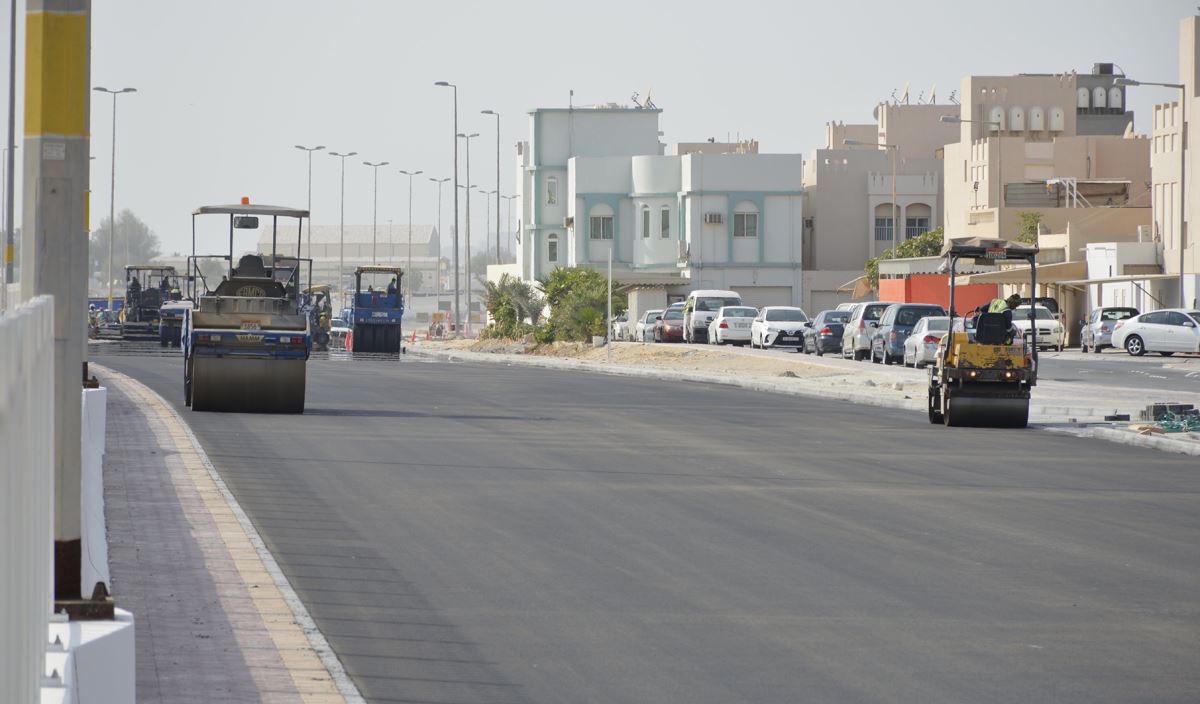 The representative of the 12th district in the Northern Governorate, Zainab Al Darazi, confirmed that the Al Lawzi development project is one of the most important strategic projects in the region, pointing out that it was one of its priorities since its entry into the Municipal Council.

She said: “During the period of work on the project, citizens and residents’ comments were taken on the developments in the workflow, such as traffic diversions, road closures, among others.

We do our part to make recommendations regarding traffic safety, and they were taken in and responded to by the Minister of Works for the benefit and service of all.” Al Darazi extended her thanks and gratitude to the Minister of Works, Municipalities Affairs and Urban Planning, Eng. Issam bin Abdullah Khalaf, and all employees of the ministry and other ministries for their great services and their constant cooperation to serve the country, citizens and residents and meet their needs.