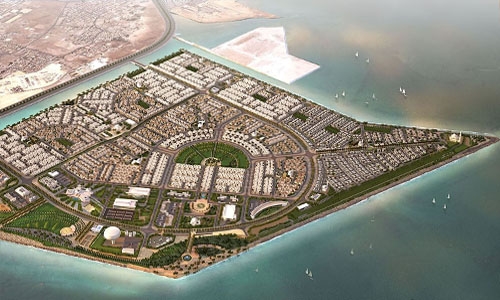 Work is underway and on track to complete the East Sitra City project according to schedule. The project is implemented in three stages at a total cost of BD260 million.

The cost of the first phase is BD91 million, the second at BD124 million, and the third and final phase at BD45 million. Since the start of construction and infrastructure works last December, it has made smooth progress in terms of preparing the first phase of the project, which includes the construction of more than 1,000 housing units.

The second phase will come immediately after it, which includes the construction of more than 1,800 units, while the third phase includes more than 500 units.

The Ministry of Housing is implementing the project in partnership with a major Chinese contractor, CMEC Company, as part of its efforts to implement the royal order of His Majesty King Hamad bin Isa Al Khalifa to build 40,000 housing units.

How far is enough for safe social distancing against COVID?