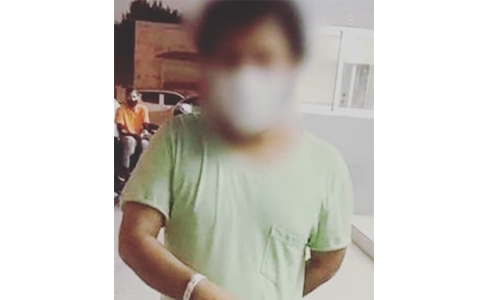 The Lower Criminal Court sentenced yesterday a man to three years in jail, fined him BD5,000 and ordered his deportation after serving the sentence.

The defendant was convicted of violating the home quarantine imposed on him to prevent the spread of coronavirus (COVID-19) and exposing others to infection.

The Public Prosecution received a notification from the specialised security department on circulating video footage on social media showing the accused in a public place with the electronic tracker wristband in his wrist.

The Public Health Directorate revealed that he had violated compulsory home isolation imposed on him and demanded to initiate a criminal case against him.

After ascertaining the defendant’s health condition and his gradual recovery, the Public Prosecution launched an investigation, questioned the defendant and referred him, while in custody, to the court for an urgent trial after he had admitted to the charges levelled against him.