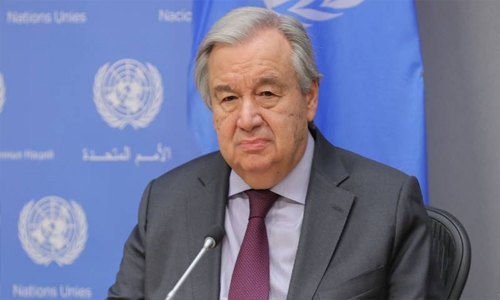 The United Nations Security Council voted on Tuesday to give Secretary-General Antonio Guterres a second term, with conflict resolution set to top his agenda at the world body’s helm.

The 72-year-old former prime minister of Portugal has held office since 2017 and faced no competition for the next term in the job.

Around 10 other people also sought the position, but they were not formal candidates because none of the 193 UN member states endorsed them.

During a brief closed-door session, the Security Council voted unanimously to recommend that the General Assembly give Guterres another term, said the council’s current president, Estonian ambassador Sven Jurgenson.

Approval from the General Assembly is seen as a formality and expected to take place soon.

During his first term, Guterres was forced to concentrate on limiting the potential damage from the unilateral, nationalist and alliance-wary foreign policy of Donald Trump.

Now, as he embarks on a new term, Guterres will need “a battle plan” for all the crises around the globe, one diplomat said.