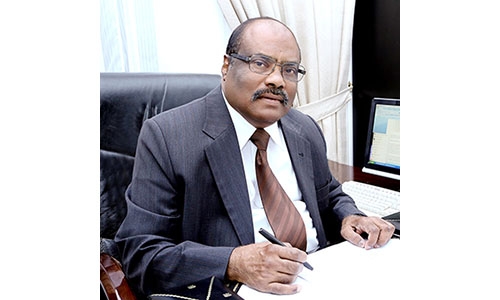 One of Bahrain’s leading educators and chairman of The Asian School Joseph Thomas passed away early this morning due to cardiac arrest.

Mr Thomas, who hails from the south Indian state of Kerala, began his career in education in 1970 when he joined as a kindergarten teacher in the state of Nagaland, India.

He then worked as a headmaster at a government middle school in Nagaland. Later he joined as a lecturer of English at a college in Uttar Pradesh.

In 1982 he left for Bahrain along with his ambition to start a school of his own where his vision in the field of education could be put into practice.

When he arrived in Bahrain, he saw potential for this dream to materialize and founded The Asian School on May 11, 1983 with 65 children and three teachers.

It was called The Asian Kindergarten then. It was renamed The Asian School the following year.

He has been running the school since then in the capacity of Principal and Director until July 2009, when he moved to a pure management role.

Mr Thomas was known to all as a dynamic personality who is a born educator and teaching has always been his calling.

He has relentlessly striven through every adverse moment of his life for the cause of education.

He was the guiding force behind the institution who believes in hard work, sincerity, dedication and perseverance which has stood him in good stead and helped him achieve success in his life.