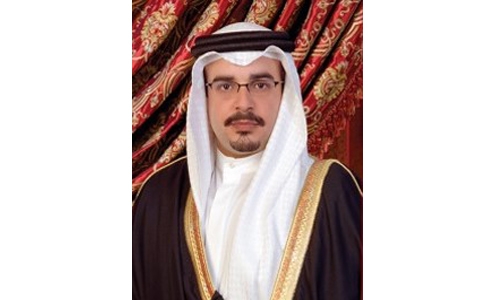 His Royal Highness Prince Salman bin Hamad Al Khalifa, the Crown Prince and Prime Minister, yesterday met remotely with a number of newly appointed officials. HRH the Crown Prince and Prime Minister said that developing government agencies is an ongoing process to ensure citizens continue to receive quality services. His Royal Highness commended Bahraini citizens’ excellence, adding that their aspirations and passion for success, as well as their endurance in meeting challenges, are unmatched.

He emphasised the importance of continuing to work as one team, in support of the government’s strategic plans and achieving the Kingdom’s comprehensive development goals, led by His Majesty King Hamad bin Isa Al Khalifa. His Royal Highness congratulated the recently appointed officials, wishing them success in their new positions serving the Kingdom and its citizens.

His Royal Highness noted that achievements are a measure of success, expressing his confidence in Bahraini citizens’ ability to driving creativity and excellence in the implementation of government plans, programmes and projects directed for the benefit of the Kingdom and its citizens.