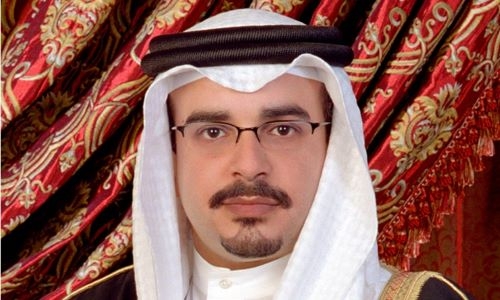 On the occasion of World Press Freedom Day, the Cabinet praised HM King Hamad bin Isa Al Khalifa’s appreciative message to the national media for their supportive role in the Kingdom’s COVID-19 response, led by Team Bahrain, under His Royal Highness’s leadership.

The Cabinet commended His Royal Highness’s directives to further strengthen the efficiency of the Kingdom’s health sector, as well as increasing the total number of 24-hour health centres to nine.

The Cabinet committed to send medical equipment and oxygen to the Islamic Republic of Pakistan in response to the current surge in COVID-19 infections.

The Cabinet discussed a number of memorandums during the meeting and outlined the following outcomes:

Firstly: The approval of the following memorandums:

1. HE the Minister of Finance and National Economy's memorandum on the implementation of Royal directives to strengthen food security and investment in such initiatives, including the launch of 6 national projects for agricultural development, as part of various government initiatives aimed at food security, ensuring food and its sustainability, raising the percentage of self-sufficiency and supporting Bahraini farmers.

2. The Ministerial Committee for Development and Infrastructure Projects on real estate development projects.

3. Ministerial Committee for Legal and Legislative Affairs on extending the agreement between the Sustainable Energy Authority and the United Nations Development Program, for a period of one year. The agreement strengthens cooperation on sustainable energy and economic and social progress.

4. Ministerial Committee for Legal and Legislative Affairs concerning the Government's responses to 10 proposals and 2 law proposals presented by the Council of Representatives.

The Minister of Labor and Social Development's memorandum concerning its 2021 Government program priorities.