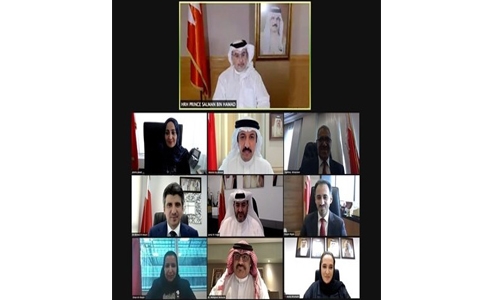 His Royal Highness noted that Bahrain’s development is underpinned by the creativity and commitment of its citizens, in line with long-term Government strategies.

His Royal Highness affirmed that Government progress is measured against outcomes, stressing that the appointment of new leaders to government executive administrative positions is in line with the Government’s strategic approach.

His Royal Highness then congratulated the new appointees, wishing them success in their new roles.

For their part, the newly appointed officials expressed their appreciation to His Royal Highness for championing improvement in government services.

World Press Freedom Day: Bahrain has all reasons for pride, optimism about future