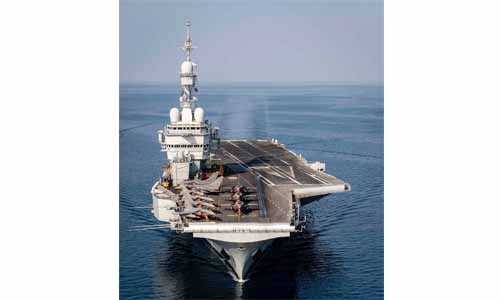 The French Embassy welcomed the arrival in Bahrain of the Groupe aéronaval (GAN) formed around the aircraft carrier Charles de Gaulle and currently engaged in the CLEMENCEAU 21 mission.

The French ambassador to the Kingdom of Bahrain, Jérôme Cauchard, said that "the arrival of part of the naval air group in Bahrain fully illustrates the strategic place that France gives to the fight against terrorism, to the security and stability of the Gulf and the freedom of navigation in this very important maritime axis. " 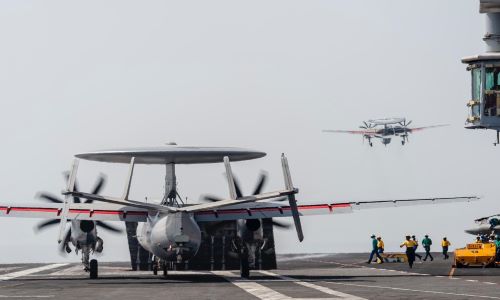 By coming to Manama, the aircraft carrier Charles de Gaulle, France's main military tool in the field of naval aviation, reminds Bahrain's strategic location in the region and underlines the solidity of relations between France and the Kingdom.

The CLEMENCEAU 21 mission is also particularly symbolic of the cooperation, solidarity, interoperability and relations of trust that unite the countries involved in the fight against terrorism, particularly between France and the United States. 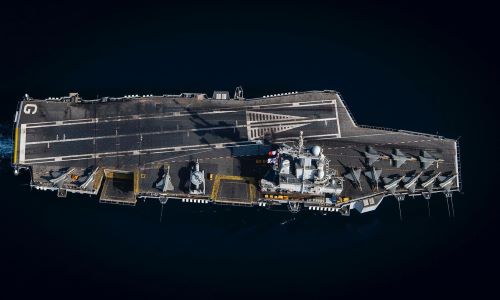 It is as an illustration of this cooperation and common commitment that GAN took command, on 31 March last and for the second time in its history, of the American Task Force 50, a naval force currently turned towards the Iraqi-Syrian theatre to fight against Daech.

The French maritime presence in the region is also manifested, in a more general way, by the regular deployment of naval means.

Several French ships have passed through Bahrain in recent weeks, whether they are multi-mission frigates, such as "La Provence" at the end of March, or minehunters such as "L'Aigle" or "Céphée" in April. 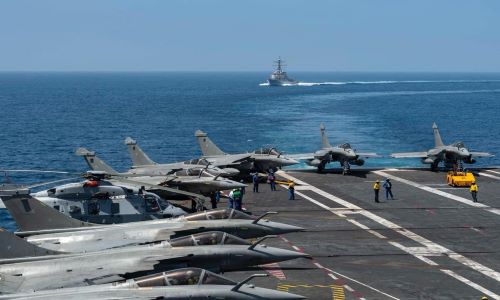 The French Navy is also involved in the Combined Maritime Forces (CMF), a multinational coalition of 33 nations. France is particularly active in direct support of Combined Task Force 150 (CTF 150), one of the three Task Forces of the CMF, which fights against illicit trafficking that is often used to finance terrorism and organised crime.

More than 8 tonnes of narcotics were seized in March 2021 by several French vessels operating in the northern Indian Ocean as part of CTF 150.

Finally, France is involved with several European partners in the European-led maritime surveillance mission in the Strait of Hormuz (EMASoH/Agenor), which was launched on its initiative more than a year ago and which is helping to de-escalate tensions in the Gulf.