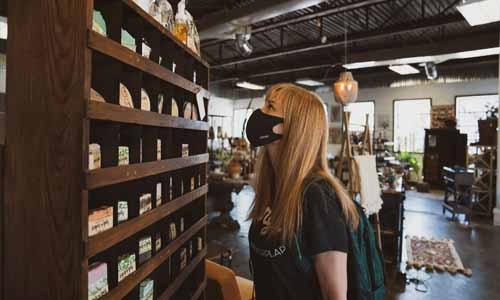 Israelis will no longer have to wear masks outdoors starting from Sunday as the number of virus infections plummets, Health Minister Yuli Edelstein said.

“The rate of infection in Israel is very low thanks to the successful vaccine campaign in Israel, and therefore it is possible to ease (restrictions),” Edelstein said in a statement on Thursday.

He said that however masks will still be required indoors.

With close to five million people — more than half the population of 9.3 million — vaccinated, Israel continues its world-beating campaign that sent coronavirus infection rates down.

The vaccines have transformed life in Israel. In mid-January, the country had a peak of some 10,000 new infections a day but the rate is now about 200 cases a day.

The rate of new infections has remained low even after in-person learning resumed and restrictions were loosened on bars, restaurants and indoor gatherings.

Pfizer CEO Albert Bourla was a guest of honour at a government ceremony on Wednesday evening marking Israel’s 73rd year of independence.

“Together we are demonstrating that through mass vaccinations we can defeat the Covid-19 pandemic and save lives,” Bourla said in a video address.

Throughout the festivities marking Independence Day, thousands of people held barbecues, lounged on beaches and celebrated at parties, often without masks.

On Wednesday, Israel announced a plan to allow vaccinated foreign tourists to return in groups beginning May 23, more than a year after closing its borders to most tourists to prevent the spread of the virus.

Israel’s easing of restrictions stands in contrast to the occupied West Bank and the blockaded Gaza Strip, where infection rates remain high and vaccinations are low.