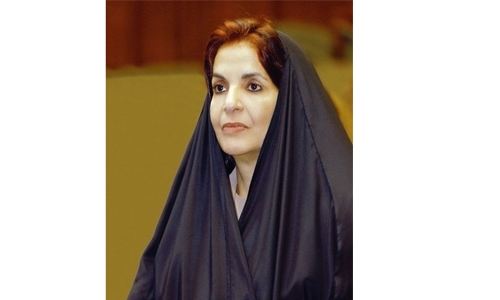 The Representatives Council is fully committed to developing legislation and laws that support Bahraini women’s advancement and their active participation in public and civil society institutions. This was assured by Council of Representatives Speaker Fawzia bint Abdulla Zainal as she received a delegation from Al Khalidiya Youth Society in the presence of Services Committee Chairman MP Ahmed Yussif Al Ansari.

The Speaker patronised a celebration held by Al Khalidiya Youth Society recently on International Women’s Day and honoured several GCC women for the influential role they are playing.

Al Nayem noted that the Speaker represents an honourable image of Bahraini women and their landmark achievements thanks to His Majesty King Hamad bin Isa Al Khalifa’s wise leadership, the interest of the government and the efforts of the Supreme Council for Women (SCW), under its president Her Royal Highness Princess Sabeeka bint Ibrahim Al Khalifa, Wife of HM the King, ministries and NGOs.

Zainal has lauded the support enjoyed by Bahraini women from HM the King and the major strides they have made in all development fields thanks to the efforts of the government, led by His Royal Highness Prince Salman bin Hamad Al Khalifa, the Crown Prince and Prime Minister.

The Speaker expressed deep pride in the efforts exerted by HRH Princess Sabeeka to enhance the advancement of Bahraini women, praising Bahraini women’s achievements and major contributions, along with men, to enhancing the Kingdom’s progress and ensuring it a prosperous future.