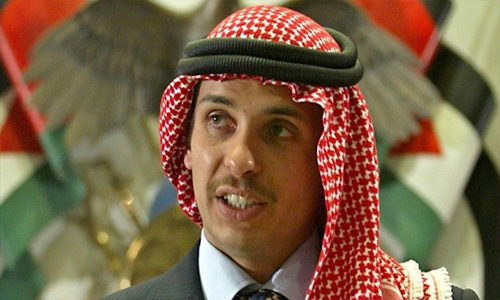 Prince Hamza, a former Crown Prince, was accused at the weekend of liaising with foreign parties over a plot to destabilise the country.

The letter released by the Jordanian Royal Court yesterday said: “The interests of the homeland must remain above every consideration, and we must all stand behind the King in his efforts to protect Jordan and its national interests.”

Prince Hamza signed the document at the house of Prince Hassan — whom King Abdullah delegated to resolve the matter.

Prince Hassan is the king’s uncle and also a former Crown Prince.

“In light of King Abdullah II’s decision to deal with the issue of Prince Hamza within the framework of the Hashemite family, His Majesty entrusted this path to his uncle, Prince Al Hassan,” the court said. Prince Hassan is the brother of the late King Hussein, who was the father of King Abdullah and Prince Hamza.

The Royal Court said Prince Hassan had communicated with Prince Hamza, and “confirmed that he is committed to the approach of the Hashemite family and the path that the King entrusted to Prince Hassan.”