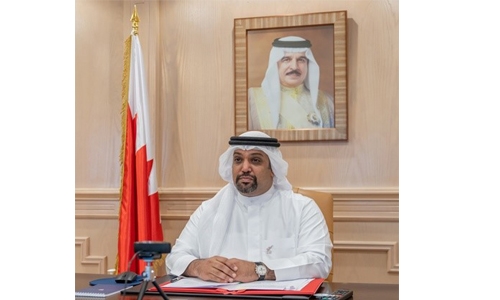 Bahrain has made good progress in improving human capital over the past decade.

And as the coronavirus (COVID-19) pandemic deepens and threatens hard-earned gains, the Kingdom is doing much more to preserve them, particularly in pushing forward advancement in health and education.

This was emphasised by Finance and National Economy Minister Shaikh Salman bin Khalifa Al Khalifa who said the Kingdom continues to invest in human capital to improve economic growth during these unprecedented times.

The Minister pointed out that the Kingdom has achieved significant development in the health and education sectors over the past few years.

Bahrain ranked second in the Arab world in the Human Capital Index 2020 issued by the World Bank, which focuses on the health and education sectors and measures the potential productivity of newborns after reaching the age of 18.

The Kingdom also improved in the overall score over the past 10 years.

The index score increased from 0.60 points in 2010 to 0.65 points in the 2020 evaluation, which is higher than the average for the Middle East and North Africa (MENA) region.

Shaikh Salman noted the momentum and global recognition that the human capital project has gained, as more than 80 countries cooperate within this coordinated framework.

Addressing the meeting, the Minister stressed that Bahrain has set investment in human resources as a basic goal for all its development programmes.

He affirmed the country’s determination to face all challenges posed by the pandemic to achieve a balance between public health and support to the economy.

He pointed out the precautionary measures being undertaken by the Kingdom to ensure the health and safety of citizens and residents.

shaikh Salman said Bahrain has become a model in the successful management of the pandemic by adopting strategies aimed at stimulating the national economy.

He underscored Bahrain’s distinguished performance in providing free healthcare that encompasses checkup, follow-up, treatment and provision of the COVID-19 vaccine while pointing out that more than 800,000 jabs have been administered to citizens and residents so far, which earned the kingdom international praise.

The Minister emphasised that the Kingdom has given priority to backing the national economy and continuity of the private sector, being a vital tributary.

He pointed out the financial package launched in March 2020 which has exceeded so far BD4.5 billion (around $ 12 billion), the equivalent of one-third of the Kingdom’s Gross Domestic Product (GDP).

The Minister stressed the Kingdom’s keenness on continuity of the educational process during the pandemic by providing the online learning alternatives within a comprehensive educational system that guarantees continuity of education and preservation of quality educational output.

Within the same context, the Minister stressed the role of environmental sustainability in achieving economic recovery and the importance of integrating sustainable environmental concepts within the early educational stages of individuals in schools and their continuity in the curricula of universities and colleges, thus paving the way for a switch towards green jobs.