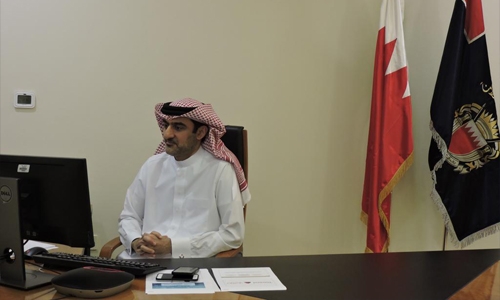 The Information & eGovernment Authority (iGA) Chief Executive, Mohammed Ali Al Qaed participated in a media briefing organized by the National Communication Centre as part of a series of government media briefings. The media briefing focused on the achievements of the Kingdom’s digital transformation program in 2020 and took place remotely.

At the beginning of the briefing, Al Qaed stated that the authority managed to successfully migrate all essential government services to various digital channels in 2020; a major milestone in the Kingdom’s digital transformation efforts, particularly in the face of the challenges imposed by the global spread of COVID-19.

Al Qaed added that reaching this advanced stage in digital transformation stems from His Majesty King Hamad bin Isa Al Khalifa’s vision, which asserts the importance of deploying advanced technologies in the provision of government services.

Al Qaed also credited the realisation of this vision to the government’s efforts, led by His Royal Highness Prince Salman bin Hamad Al Khalifa, the Crown Prince and Prime Minister, and the support extended by the Supreme Committee for Information and Communication Technology chaired by His Highness Shaikh Mohammed bin Mubarak Al Khalifa; and His Excellency General Shaikh Rashid bin Abdulla Al Khalifa, the Minister of Interior.

He praised the wide-ranging contributions made towards accelerating the pace of digital transformation and developing government service delivery online, to facilitate further convenience for citizens and residents.

Al Qaed revealed that the iGA, in cooperation with other government entities, is now providing 504 eServices — 391 via the National Portal bahrain.bh, 16 via self-service ekiosks, and 97 via smartphone applications downloadable from the eGovernment app store, bahrain.bh/apps.

The eServices have played a key role in allowing the government to reduce operational costs by 82%, and have allowed users to carry out their transactions online with 69% higher efficiency compared to traditional methods, thereby saving time to complete transactions by 76%. Speaking more about this, Al Qaed cited an increase in financial transactions in 2020 by 38% compared to 2019, as the total number of transactions was over 2,200,000 across all government entities.

He added that total revenues collected from various digital channels increased by 48%, collecting a record of BD230 million, and surpassing the BD200 million mark for the first time. The National Portal received over 11 million visits.

Al Qaed highlighted several factors that led to the acceleration of digital transformation in 2020, including the Supreme Committee for Information and Communication Technology’s directives, implemented in coordination with the iGA, and the iGA’s efforts to restructure government service procedures and complete national digital transformation plans as part of the Kingdom’s overall strategy. This led to the re-engineering of 82 services, which are now more advanced and efficient.

Al Qaed said that deploying modern technologies and Artificial Intelligence (AI) in the development of government services has supported business continuity across the public sector, including the judicial sector, by helping to streamline procedures. Judicial services include the ability to file civil and commercial lawsuits online. Modern technologies also enabled the education sector to offer remote learning by migrating the Educational Gateway, EDUNET to the cloud. In addition, these technologies have supported national efforts to mitigate the spread of COVID-19 through the development of the BeAware Bahrain app. The app is a national success story that was launched in record time and plays a central role in mitigation efforts.

During the briefing, Al Qaed delivered a presentation covering more than 500 of the eServices launched since the start of the eGovernment program. A total of 82 eServices were launched in 2020, covering six sectors and 15 government entities.

Al Qaed further explained that seven new operating systems were provided for the government while the National Portal and app stores had their capacities increased by 30%, in addition to an increase of 50% in the Portal’s responsiveness. A number of new and improved self-service kiosks have also been offered. 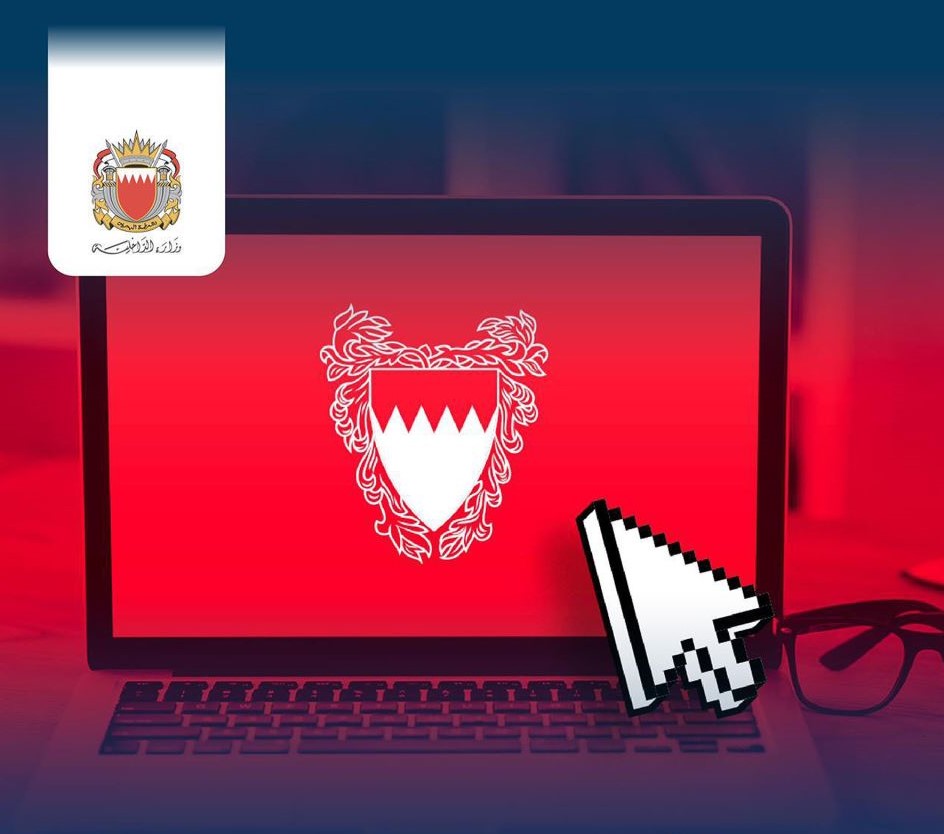 iGA Deputy CE of Electronic Transformation, Dr. Zakareya Ahmed AlKhajah said that the Kingdom was able to overcome the challenges imposed by COVID-19 in 2020 through a robust, up-to-date, and safe digital infrastructure that was the result of many years of hard work.

This allowed the government to create a comprehensive electronic system that benefits all sectors while remaining in line with existing supportive legislation.

AlKhajah praised the commitment that government entities had displayed towards digital transformation, improved productivity, and continuity of service in the face of current conditions. He thanked HE the Minister of Interior for his support in achieving the ministry’s digital transformation, which resulted in launching the first and second batch of the Ministry of Interior’s eServices in 2020 which now total 104 and are provided through various digital channels. Work is currently ongoing to study, restructure, and develop 26 new services at the Ministry. These eServices include, most notably, services related to good conduct, donations via Islamiyat app, payment of Customs fees and duties, and ID card services.

Three government revenue-related eServices were launched, including requests for promotional campaigns and discounts by the Ministry of Industry, Commerce and Tourism; VAT bill payments to the National Bureau for Revenue (NBR), and insurance fee payments to the Electricity and Water Authority (EWA).

There were also four new social services, including a financial support request service from the Royal Humanitarian Foundation for individuals affected by COVID-19, and three services by the Ministry of Labor and Social Development relating to job seeker registrations, viewing of personal profiles, and government financial support status requests.

Government smartphone applications recorded a user increase of 200%, with the number of users reaching 560,000. Over 510,000 transactions were carried out, marking an increase of 43% in 2020. This was credited to the BeAware Bahrain app, which has been downloaded nearly 1.5 million times since its launch in March last year.

Collected revenues amounted to over BD27 million, an increase of 36% due to the addition of new eServices available via smartphone apps, the Fa’el Khair service, and the continuously increasing use of traffic app services.

In 2020 BeAware Bahrain experienced the highest jump in users, followed by the traffic services app, the Electricity and Water (EWA) app, GovEmployee, and the student exam results app.