Education ‘catalyst’ for development | THE DAILY TRIBUNE | KINGDOM OF BAHRAIN 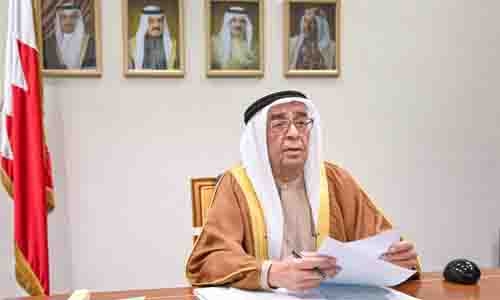 Bahrain is fully committed to supporting the education sector as a catalyst for the Kingdom’s comprehensive development under His Majesty the King’s leadership.

The Cabinet conveyed its sincere congratulations to His Majesty King Hamad bin Isa Al Khalifa on his award of Legion of Merit, Degree of Chief Commander, by former US President Donald Trump in recognition of His Majesty’s contribution to global security and stability and appreciation of his unwavering support for Bahraini-American cooperation.

The Cabinet denounced the attempts of terrorist Houthi militia to target civilian areas in Riyadh, affirming that Bahrain stands by Saudi Arabia in full support of all the measures it takes to preserve security, stability and safety of its citizens.

It also condemned the double suicide bombing in the Iraqi capital Baghdad and expressed its sincere condolences to the president of Iraq, the Iraqi Government and its citizens and the victims of the terrorist bombing, wishing the injured a full and speedy recovery.

The restructuring is part of the implementation of the Public Hospitals and Primary Health Centres Autonomy project in order to develop health services.

A memorandum from the Ministerial Committee for Legal and Legislative Affairs regarding the company types which sports clubs may adopt, rules which govern their work and mechanisms of control over them, and the conditions to license shares in them. 3.

A memorandum from the Ministerial Committee for Legal and Legislative Affairs regarding the naming of the Minister of Electricity and Water Affairs as the responsible minister to answer for the Water Resource Council in front of the legislative branch’s two chambers. 4.

A memorandum from the Ministerial Committee for Financial and Economic Affairs and Fiscal Balance regarding the accession of several government agencies to the Bahrain Credit Reference Bureau, and the recommendation of the committee, after considering the views of the Council of Representatives, to limit government agencies’ accession to the centre to 10 entities instead of 18 at the current stage, and to subject this to a trial phase.