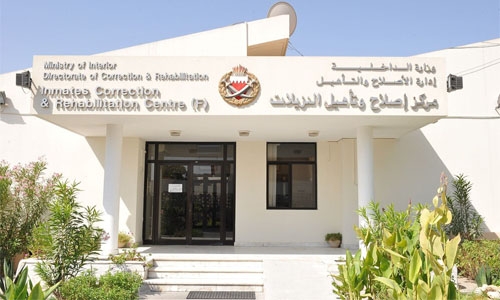 Legal measures are being taken following the death of a 20-year-old detainee yesterday morning at the remand centre.

The deceased was a Bahraini national, said the Director-General of the General Administration of Reform and Rehabilitation.

He was in custody in connection with an assault case and on charges of deliberate destruction of public property.

The Director-General said the Inmates Correction and Rehabilitation Centre started procedures to receive the suspect on 14 January 2021.

He was kept in isolation as part of coronavirus (COVID-19) preventive measures.

The deceased previously also spend time in the Juvenile Care Centre in connection with several cases.

The Director-General said they had notified the Public Prosecution Office of the incident, which has started necessary procedures.

Notifications have also been given to the General Secretariat of the Ombudsman and the National Institution for Human Rights.

Meanwhile, The National Institution for Human Rights (NIHR) acknowledges receiving a notification from the General Directorate of Reformation and Rehabilitation about the death of a Bahraini detainee.

The authority said it reviewed the statement and the legal procedures.

A delegation from NIHR’s Council of Commissioners will visit the Detention Centre in a bid to ensure the rights, safety and security of inmates.

NIHR stressed that the competent authorities, particularly the Public Prosecution and the Interior Ministry, should take the necessary procedures to fast-track investigations.

The NIHR extended profound condolences to the relatives of the deceased.