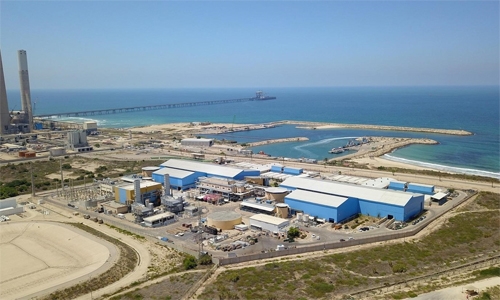 Israel’s national water company Mekorot will sign, within the next few days, the first deal to provide Bahrain the technology to desalinate seawater.

Although the company did not confirm the details, the deal is projected to be worth millions of dollars annually. Mekorot has also held talks with government institutions in the UAE about ways of cooperation in water technology - a field in which Israel has great experience. Mekorot is the leader in the thriving water export market and it is wholly owned by the government of Israel.

The company has managed the country’s water-related environmental and security challenges for the past seven decades. A powerhouse in desalination, water reclamation, water project engineering, cloud seeding, water safety and water quality, Mekorot supplies 90 per cent of Israel’s drinking water and manages about 80% of the country’s water supplies.

According to a report in the financial daily Globes, the deal will be signed in the coming days in Manama, and is the results of efforts by Mekorot CEO Eli Cohen and Chairperson Mordechai Mordechai and Bahrain’s Water and Electricity Authority (EWA).

The report cites a Mekorot official as saying the company believes that the deal will be “the first of many deals with Bahrain and the United Arab Emirates”.

Cohen, who recently visited the UAE for talks with government organisations in Dubai on water technology, said that Bahrain and the UAE are interested, among other things, in desalination, quality control of water, reduce waste and leakages, water management systems, as well as the integration of technical management services.

According to Globes, the most urgent need in the UAE and Bahrain is for the desalination of brackish water for agriculture and drinking. One of the biggest problems in the two countries is the quality of water, especially in wells where the water is often polluted.

The result is that almost all drinking water is imported bottles of mineral water, at great expense to the state and consumers. When Industry, Commerce and Tourism Minister Zayed bin Rashid visited Israel last month, he said Bahrain was particularly interested in promoting cooperation on Israeli know-how and experience in this field.