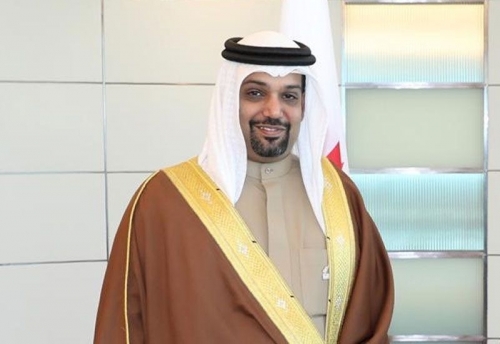 Bahrain continues its commitment to achieving all comprehensive development goals, despite the challenges presented by the drop of oil prices globally and the coronavirus (COVID-19), Minister of Finance and National Economy Shaikh Salman bin Khalifa Al Khalifa said.

The Finance Ministry yesterday completed its biannual financial report 2020 for ministries and government agencies, for the period ending 30 June 2020. Shaikh Salman noted that the cohesive efforts of Team Bahrain, represented by both the executive and legislative branches, the public and private sectors, citizens and residents, has had a profound impact on the initiatives that continue to place citizens’ interests at the core of all development plans.

Shaikh Salman noted that in parallel to achieving the Kingdom’s fiscal balance goals, development efforts will continue to ensure growth of the national economy, and the supply of quality opportunities for citizens.

The report further indicated a fall in non-oil revenue by 13 per cent, in comparison to the same period in 2019, as a result of a decrease in economic activity globally, regionally, and locally, and due to the waiving of government service fees during the COVID-19 global pandemic.

The report reflected a discipline in total expenditure in accordance to the allocated budget, and a reduction in recurrent expenditure by five per cent, in comparison to the same period last year. Total actual expenditure recorded stood at BD1,708 million, achieving a slight increase in the disbursement by two per cent, compared to the results of the semi-annual budget implementation for the fiscal year 2019 of BD1,678 million.