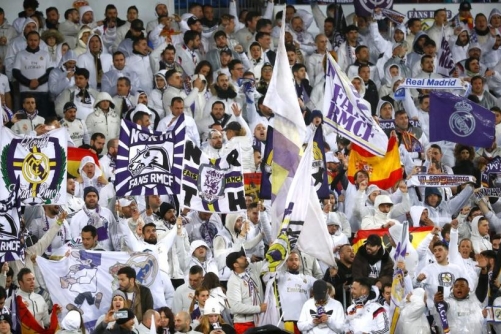 Spain’s health ministry is weighing up whether to let fans back into soccer stadiums when the season restarts later in June after a three-month pause due to the new coronavirus pandemic, Health Emergency Coordinator Fernando Simon said.

Simon explained that regions which had moved into phase three of the de-escalation process could be authorised to hold matches with spectators but added that they might be prevented from doing so in the interest of sporting fairness.

The top-flight is starting up again on June 11 with the Segunda Division resuming a day later, and organising body La Liga has said all matches should be played without supporters in order to prevent a second wave of the coronavirus outbreak.

But second-tier Las Palmas have started a discussion about fans returning after their president Miguel Angel Ramirez said he hoped fans could attend their first match back against Girona. Simon said the issue was discussed on Tuesday in an online meeting between Health Minister Salvador Illa, Sports Minister Irene Lozano and four La Liga players including Barcelona’s Gerard Pique and Atletico Madrid’s Koke.

“We haven’t given any firm answer as we are obviously not in a position to do so yet but it is true that the health minister has committed to evaluating the risks. And if a region is in phase three (fans attending matches) will be evaluated.”