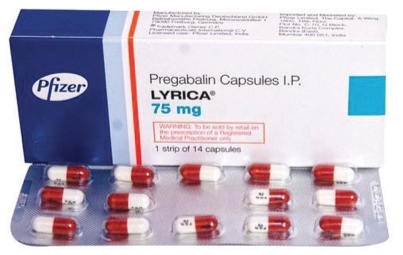 was exposed last month in Muharraq Governorate involving a “renowned” doctor, several pharmacists and a military per- sonnel.

The case is being deliberated by the First High Criminal Court, which decided to ad- journ the trial of the suspects to February 23, 2019, to hear the testimonies of prosecution witnesses, while one suspect was referred to the military judiciary.

The suspects are facing the charges of dispensing large quantities of addictive prescrip- tion pills known as “Lyrica”, using fake prescriptions issued by the prime suspect, the doctor, and illegally selling it to addicts for higher prices that are some- times more than four doubles of their original cost.

The ring was exposed when the Public Prosecution an- nounced last month that the Military Police of Bahrain Defence Force (BDF) in co-operation with the Anti Narcotics Department in Interior Ministry arrested a military staff and two civilians while illegally selling the pills.

During the interrogation, one of the suspects told interrogators that he has been familiar with consuming the medicine claiming that it was prescribed to him after he was involved in a traffic accident back in 2010.

Explaining further, he stated that he had met some individ- uals who asked him to illegally sell them the medicine prescribed to him for prices ranging between BD10 to BD20.

The suspect confessed that he continued doing so; taking advantage of the prescriptions issued in his name and illegally selling it for years.

He also said that throughout this process of selling Lyrica to addicts, he had met the prime suspect, the doctor, few months ago.

The suspect said the doctor would prescribe large quantities to him in one go, as he, the doctor, worked in several hos- pitals and was cooperating with several pharmacies around the Kingdom to dispense the medicines to the suspect.

In his statements, the suspect mentioned that the relation had developed with the doctor, as the latter requested him to pro- vide him with copies of identity cards so more prescriptions

could be issued to sell larger quantities of Lyrica to addicts.

The suspect confessed that he once sold a box of Lyrica packets for BD3,000, using the same method.

Investigation revealed that some of the prescriptions were issued in 2019 to individuals who had left Bahrain in 2018.

The suspect also informed the interrogators that he would av- eragely collect 60 packets from the pharmacies advised by the doctor every two days, adding that he would sell one packet for prices ranging between BD50 and BD100, and that sometimes when the demand is high he would collect more than 100 packets at one go.

On January 20 this year, Muharraq Governorate Chief Prosecutor Ahmed Abdullah Al Ramadhan, was quoted in a press statement released by the Public Prosecution confirming the arrest of the suspects.

he arrestees’ possession.
Back then, Mr Al Ramadhan stated that the prosecution launched its investigation into the incident, interrogated the arrestees, heard witnesses’ tes- timonies and reviewed a report prepared by the technical com- mittee, which inspected the computers in a number of public and private hospitals, and ana-

lysed the entered data in them. The Chief Prosecutor ex- plained further in the statement saying that it was proven that the accused doctor issued fake prescriptions and reports that stated that the individuals men- tioned on the prescriptions had undergone the necessary medi- cal examination and are worthy

of collecting the narcotics.
Mr Al Ramadhan also con- firmed that other suspects, who were involved in the case, would purchase the narcotics from certain pharmacies, where the pharmacists are also complicat- ed in their plot, and later sell the pills to drug addicts for higher prices. He added that the pros- ecution issued arrest warrants against other suspects who’re

that the Government have been tightening its grip on dispensing medicines, such as Lyrica, to curb its misuse.

This came after reports and footage were widely circulat-

ed online claiming that Lyrica is being peddled and misused among school students of both genders in Bahrain.

On August 1, 2019, the Nation- al Health Regulatory Authority (NHRA) announced that it had closed a pharmacy and suspended its manager for a year, after it was proven that the pharmacy sold Lyrica without prescription and for higher prices.

Additionally, a statement issued following the regular weekly Cabinet meeting last September mentioned that the Cabinet had approved a draft edict on the procedures for reg- ulating the dispensing of med- icines containing substances listed under the pharmaceutical group gabapentinoid to which drugs such as Lyrica belong.

The statement mentioned that the move comes out of the Cabinet’s keenness to place more procedures to control the dispensing of medicines and reduce their misuse.

Tribune yesterday contacted a number of the leading phar- macies in Bahrain to ask about the conditions of selling Lyrica to patients. The majority of the contacted pharmacies confirmed the unavailability of stocks of the medicine.