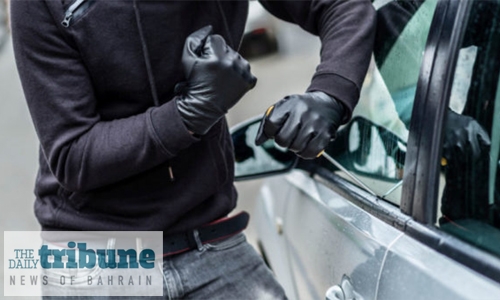 The Director-General of the Capital Governorate Police Directorate stated that within 24 hours of committing the crime, the directorate’s police managed to arrest a 29-year-old Bahraini who is suspected of stealing a car and dumping it in sea.

He explained that, after receiving a report in this regard, the directorate undertook search and investigation operations that resulted in identifying and arresting the suspect.

“He stole the car from a car showroom in Sitra and intentionally dumping it at sea in Karzakan region,” the Director-General said. The official confirmed that necessary legal measures are being taken to refer the arrested person to the Public Prosecution.