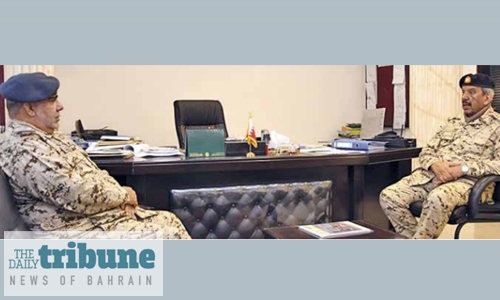 “The great role of the BDF in protecting the achievements of Bahrain is based on the wisdom and efforts of His Majesty King Hamad bin Isa Al Khalifa, the Supreme Commander,” Shaikh Khalifa said as he inspected several military units. The Commander-in-Chief was briefed on the various phases of development of the units.

He expressed satisfaction at the high levels of preparedness that boost combat and administrative readiness of the force. Shaikh Khalifa also lauded the dedication and efficiency of the staff in implementing modernisation plans and carrying out their services in various military action locations.