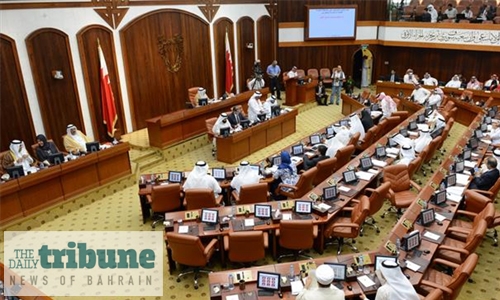 Bahraini citizens stranded in Iraq are struggling to come back, according to parliamentarians. The lawmakers said that there were many Bahrainis caught in unsafe places in Iraq and are unable to return to the Kingdom. They urged the government to speed up efforts to send all Bahrainis home as Iraq is moving to more instability.

The MPs who submitted the proposal include Ahmed Al Damistani, Zainab Amir, Fadhel Al Sawad, Ahmed Al Saloom and Hamad Al Kooheji. The MPs stated that they have been contacted by families who said that their relatives are in Iraq, struggling to come back.

“All Bahraini citizens in Iraq will receive required attention and support,” the embassy stated. The Ministry of Foreign Affairs has warned citizens against travelling to Iraq amidst the recent developments. “The Kingdom of Bahrain is following the development of events in the brotherly Republic of Iraq that came as a result of the condemned terrorist acts which the Kingdom previously denounced, stressing the need to de-escalate in order to overcome this period, and to address all forms of violence, extremism and terrorism,” the ministry stated.

“The Kingdom also stresses the importance of immediate action to be taken by the international community, affirming the need to take all necessary measures to ensure security and stability in the region because of its vital and strategic importance for the whole world,” it added. Iraq’s parliament has already urged the government to remove  thousands of American troops from the country, stepping up pressure over the US killing of a top Iranian general in Baghdad.

US installations were also facing new military stresses, with missiles slamming into the Baghdad enclave where the US embassy is located and an air base north of the capital housing American troops. Ties have deteriorated after an American precision drone strike on the Baghdad international airport that killed Iran’s Major General Qassem Soleimani and top Iraqi military figure Abu Mahdi Al Muhandis.

Iraq’s foreign ministry summoned the US ambassador, while caretaker premier Adel Abdel Mahdi attended an extraordinary parliamentary session to slam the strike as a “political assassination.” He joined 168 lawmakers — just enough for quorum in Iraq’s 329- seat parliament — to discuss the removal of US troops. Some 5,200 US soldiers are stationed across Iraqi bases to support local troops preventing a resurgence of Daesh.

They are deployed as part of the broader international coalition, invited by the Iraqi government in 2014 to help fight Daesh. “The parliament has voted to commit the Iraqi government to cancel its request to the international coalition for help to fight IS,” speaker Mohammed Halbusi announced, using another acronym for Daesh. The Cabinet would have to approve any decision but the premier had earlier indicated support for a removal.