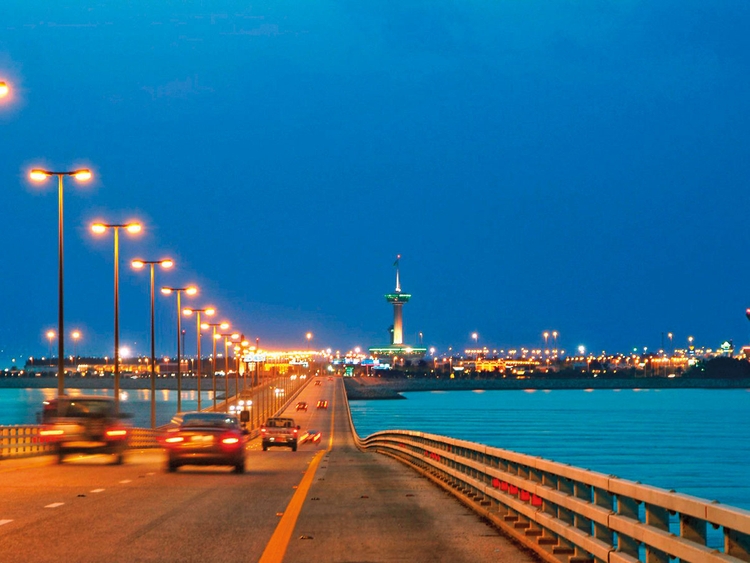 The King Fahd Causeway has recorded the h i g h e s t n u m b e r o f travellers since its opening, with 131,000 people crossing in one day, the Saudi Press Agency reported on Sunday. The previous highest number was 129,437 passengers.

The spokesman for the Eastern Province Passports Department, Col Mualla Marzouq Al Otaibi, said movement was achieved smoothly in co-operation with related sectors. He added that the increased flow of travellers has not affected security aspects or the speed of processing paperwork at the crossing. During the mid-year school leave, Bahrain becomes the top destination for people in Saudi Arabia, especially the Eastern Province.

This is due to several factors, including Bahrain’s proximity, and the many events and shopping offers targeting visitors from Saudi Arabia. The causeway connecting the two countries was opened in November 1986, and has contributed to expanding their commercial exchanges.

The bridge cost $564 million and took more than four years to build. Last year, the National Programme to Support the Management of Projects in Public Entities and the King Fahd Causeway Authority signed a memorandum of understanding to raise the efficiency of the KFCA’s facility and asset management, as well as its overall operation and maintenance practices.

The story of the emotional connection with an Indian Village of Tamilnadu and Sultanate of Oman.