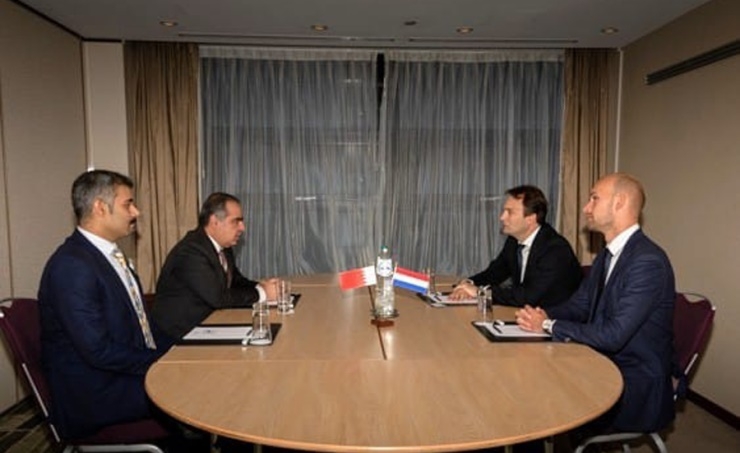 During the meeting, the ambassador congratulated the Kingdom of the Netherlands on winning the membership of Class B of the International Navigation Organisation, whose elections took place last month, wishing it every  success. He affirmed the importance of international cooperation in the field of maritime security because of its great importance to international trade, noting the strong bilateral relations between the Kingdom of Bahrain and the Kingdom of the Netherlands and the existing cooperation between the two friendly countries in all fields, especially in political and economic areas.

Mr. Geoffrey van Leeuwen, for his part, affirmed his country’s keenness to support international peace and security, especially in what pertains to maritime security as they constitute the lifeblood of global trade, and praised bilateral relations, which culminated recently in a number of mutual visits exchanged by the officials and stakeholders from the two friendly countries.

During the meeting, they discussed ways of boosting cooperation between the two countries in various fields to serve common interests. The meeting also touched on a number of issues of common concern and reviewed the latest developments on regional and international arenas. (MOFA)