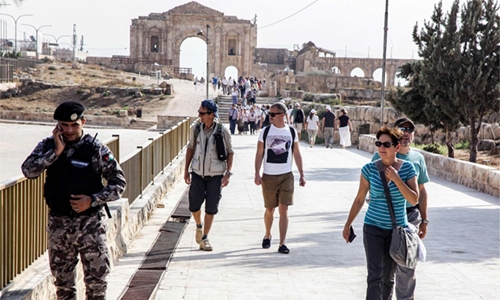 The suspect’s family identified him as Mustafa Abu Tuameh. They said the 22-year-old was not a member of an organised militant group and believed he had acted alone. But they said he had recently become very religious, was very poor and apparently planned to die during his attack.

“Today he told his mother that he has only 35 piasters (50 cents) and he was going out and might not come back,” said an uncle, Younis Abu Amrah. The incident in Jerash, one of the country’s most visited destinations, threatened to cast a shadow over the vital tourism industry. The wounded included three Mexican tourists and a Swiss woman, according to Jordan’s Public Security office.

Along with the tour guide, three other Jordanians, including two security officers and a bus driver, were also hurt before the attacker was subdued and arrested.