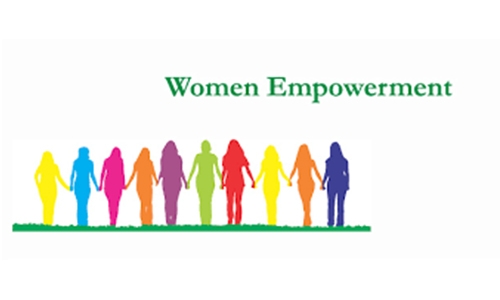 Women empowerment through inclusion at an early stage will help to close the gender gap as well assist women achieve the highest goals in any society.  This was the crux of a discussion during a session of the opening day of the two-day workshop titled ‘Women and Development in the Gulf’ being held at Derasat.

Men and women need to work hand in hand to empower women in society, said a panelist during a discussion of the first session titled ‘Female Labour Participation in the Gulf’ and a case study was presented by Dr Amani Bu Qammaz, Assistant Professor, Civil Engineering, Kuwait University.

Other panelists were Mona Almoayyed, Shura Council Member, and Dr Fatima Al Hewail, Assistant Professor, School of Law, Kuwait University. Dr Amani, who has been pivotal in equipping fresh engineering graduates in Kuwait through a project, said the statistics of female graduates in terms of their qualification excellence and motivation were two major goals of the project which helped taking young Kuwaiti female engineers to a higher level of excellence.

“Knowledge, public private partnership (PPP), skill gaps are the other areas to be addressed as part of women empowerment in addition to inculcating tools such as time management, effective communication and a broad-based curriculum during the academia,” she said.

“The fact that this event is taking place in Bahrain is an indicator of the importance of the subject of women empowerment. These are important topics to talk about; women role in development, women as part of the social, economic and political structure to build a country and a society from a family to a community to city and to a country,” Stefano Pettinato, UNDP Resident Representative, Bahrain, told BNA on the sidelines of the workshop.