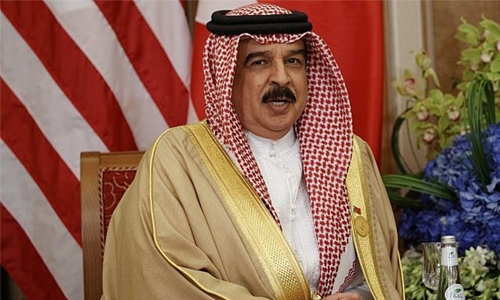 Secretary-General of the Supreme Council for Youth and Sport (SCYS) Shaikh Salman bin Ibrahim Al Khalifa has extended deepest congratulations to His Majesty King Hamad bin Isa Al Khalifa on the historic achievement of the Bahrain endurance team, which clinched the first and second places at the 2019 Ironman 70.3 World Championship, held in the city of Nice, France.

Shaikh Salman lauded the great support enjoyed by Bahraini sports from HM the King, which, he said, has contributed to bringing about distinguished achievements at the world level. He praised the new accomplishment of Bahrain endurance team, stressing the great support accorded by the leadership to the sport movement to boost the kingdom’s standing in the international sport arena.

Shaikh Salman also congratulated HM the King’s Representative for Charity Work and Youth Affairs and SCYS Chairman, HH Shaikh Nasser bin Hamad Al Khalifa, on the victory, stressing that the landmark victory is the dividend of his efforts to support the Ironman sport in Bahrain and motivate athletes to stand out in various sporting events.

He praised the high performance of Bahrain endurance team in the world championship, pointing out the positive impact the achievement would have on the future of Ironman sport in Bahrain.