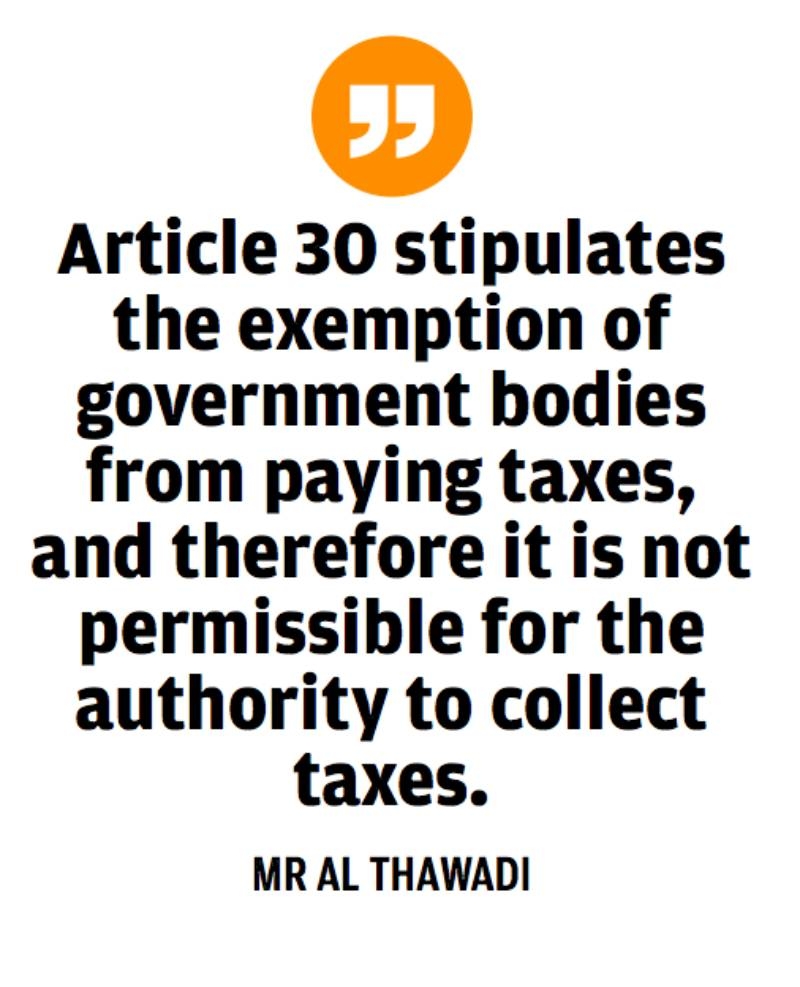 A Bahraini lawyer has insisted that the recent decision by the Electricity and Water Authority (EWA) to apply Value Added Tax (VAT) on subscribers’ bills are unconstitutional, demanding immediate cancellation of the decision. This came as lawyer Mohammed Al Thawadi appeared before the High Administrative Court, which is examining a complaint lodged by him against the authority. The court said yesterday that it would issue its final verdict in the case on February 24.

In his statements, the lawyer asserted that the decision is unconstitutional, claiming that Articles 15 and 17 of the Constitution of the Kingdom stipulate that taxes should only be imposed through legislation. Mr. Al Thawadi also accused EWA of not adhering to the Unified GCCVAT Agreement.

“Article 29 did not stipulate the imposition of taxes on electricity supply services, but on the contrary, it gave each state the right to exempt some sectors in accordance with local law. “Additionally, Article 30 stipulates the exemption of government bodies from paying taxes, and therefore it is not permissible for the authority to collect taxes.” The lawyer’s last statement came after the authority denied the accusations during the previous hearing.