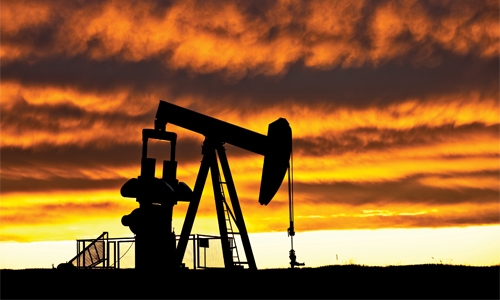 Manama : In a major development, the Government of Bahrain yesterday announced the discovery of a new tight oil and deep gas resource in the Khaleej Al Bahrain Basin, located off the west coast of the Kingdom.

The find represents the largest discovery of oil in the Kingdom since 1932, when extraction started on Bahrain’s first oil well within the Bahrain Oil Field. The new resource is forecast to contain highly significant quantities of tight oil and deep gas, understood to dwarf Bahrain’s current reserves. The announcement was made by Bahrain’s Higher Committee for Natural Resources and Economic Security, chaired by His Royal Highness Prince Salman bin Hamad Al Khalifa, Crown Prince, Deputy Supreme Commander and First Deputy Prime Minister.

“Today we announce that initial analysis demonstrates the find is at substantial levels, capable of supporting the long-term extraction of tight oil and deep gas,” he said.

The government confirmed that modelling and analytical studies are ongoing, led by Bahrain’s National Oil and Gas Authority (NOGA) working alongside private sector partners, aimed at detailing the ultimate quantity and market value of the find.:

“Demac evaluated the reservoir and test data, evaluated volumetric and recovery potential, and provided reports documenting both Prospective and Contingent Resources. This is a project which breaks new ground for the industry,” said a spokesperson of DeGolyer and MacNaughton.

The discovery, which is expected to support extensive, long-term downstream activities, follows a recent uplift in oil and gas exploration projects undertaken in response to a directive from His Majesty King Hamad to the Higher Committee for Natural Resources and Economic Security to increase exploration activities.

Last year the Committee took the decision to accelerate initiatives to explore sites to the west of Bahrain, which resulted in the discovery of the resource and oil being struck in the fourth quarter of 2017.

The Ministry of Oil will host a press conference on Wednesday in Bahrain to provide additional details on the discovery, including initial findings of size and extraction viability.