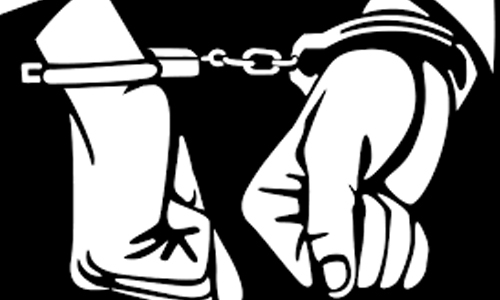 Manama: The authorities have arrested the Bahraini man who stabbed an Asian woman to death in Muharraq Governorate on Friday.

Muharraq Governorate Deputy Chief Prosecutor Abdullah Al Dossary confirmed in a statement yesterday that the 28-year-old suspect confessed to the crime during the interrogation.

The suspect admitted that he stabbed the 38-year-old woman in the neck at her residence in Busaiteen after an argument between them went out of control, according to Al Dossary’s statement.

The prosecutor also said that wounds indicating the victim’s resistance were detected on the killer’s right hand.

“The Public Prosecution was notified by the General Directorate of Criminal Investigation and Forensic Science in the Interior Ministry, informing that the body of an Asian woman was found inside a residential flat in Busaiteen area and that initial investigations indicate criminal suspicion. The special teams of the prosecution inspected the crime scene, examined the body and reported wounds to the woman’s neck and eye. The weapon used in the crime was confiscated from the crime scene,” Al Dossary explained in his statement.

“Intensified investigations launched by the police led to the identification and arrest of the suspect within 24 hours after the crime was reported. Investigations showed that the suspect has been repeatedly visiting the location lately,” Al Dossary elaborated.

Al Dossary added that a coroner was tasked to examine the suspect who will remain in custody until the case is referred to the criminal court.