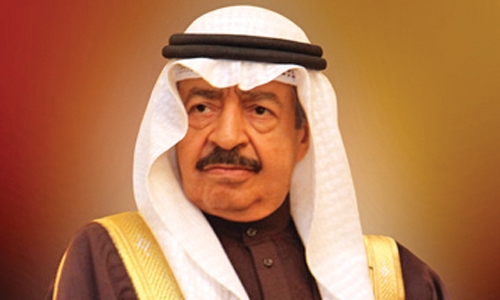 Manama : Bahrain’s efforts to mobilise global support for the Palestinian cause yesterday made a big leap ahead with the United Nations Human Settlements Programme’s (UN-HABITAT) unanimously adopting a draft resolution presented by the Kingdom on Sustainable Urban Development in Palestine.

The proposal was submitted by Bahrain’s delegation to the 26th session of the Governing Council of UN-Habitat (GC26) held recently in Kenya following the directives given by Prime Minister HRH Prince Khalifa bin Salman Al Khalifa.

Bahrain’s resolution stems from the Kingdom’s unwavering support to the Palestinian cause and its keenness to mobilise global support to implement development projects in Palestine through the UN-Habitat.

The UN Governing Council also discussed mechanisms to implement the new agenda adopted during the Conference on Housing and Sustainable Urban Development (Habitat III) held in Quito, Ecuador in October 2016.

Palestinian President, Mahmood Abbas lauded the role played by His Royal Highness, Prince Khalifa bin Salman Al Khalifa, the Prime Minister of Bahrain for his support to the Palestinian cause, while addressing a conference of Palestinian Ambassadors to Arab and Islamic
Countries. Abbas, on the occasion, also lauded the support given by the Bahraini leadership and its people to the Palestine.